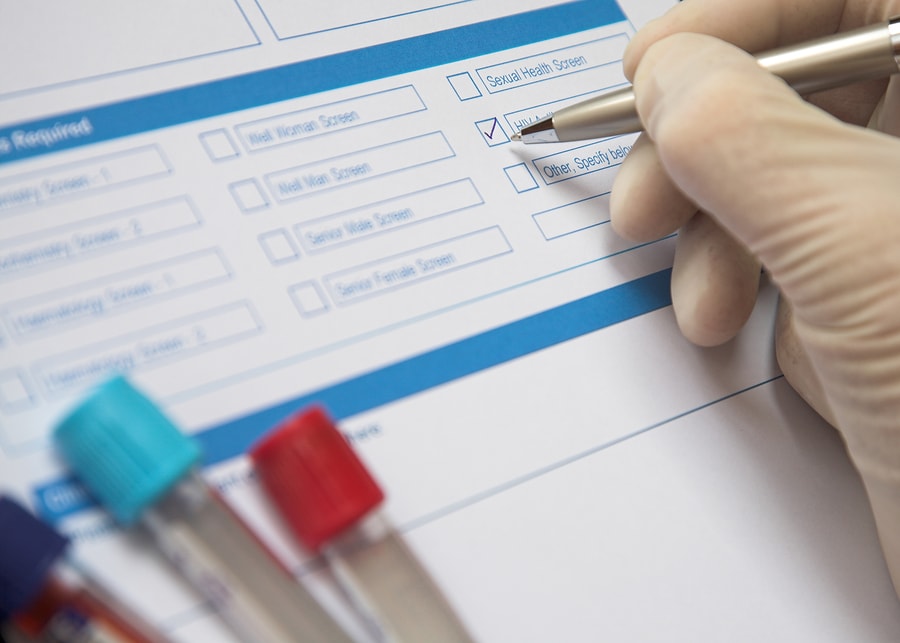 Chloride plays an important role in acid and electrolyte balance, kidney and muscle function, and the transport of minerals, water, and gases. Both high and low blood chloride levels can cause health issues. Keep reading to learn more about low chloride levels and the symptoms and disorders caused by it.

Disclaimer: The symptoms and conditions we discuss here are commonly associated with low chloride, but low chloride levels alone are not enough for a diagnosis. Work with your doctor to discover what underlying condition might be causing your low chloride levels to develop an appropriate plan to improve your health.

Low chloride levels (<95-100 mEq/L) are referred to as hypochloremia,.

Symptoms of severe chloride deficiency are normally related to metabolic alkalosis (high blood pH) and include [1, 2]:

Metabolic alkalosis occurs when blood pH increases above 7.45, becoming too basic. During metabolic alkalosis, the body naturally compensates by slowing its breathing rate, causing a buildup of CO2 in the blood [3, 4].

Blood chloride levels can drop if it is excreted in excessive amounts through the kidneys or through the digestive system [5].

Through the kidneys, this is due to:

Through the digestive system, this is due to:

The recommended minimum daily intake of chloride is 2.3 g. Because the average adult consumes 5.8-11.8 g/day, chloride malnutrition is very rare [2].

A soy-based formula with very low chloride content (0-2 mEq/L) caused low blood chloride levels and metabolic alkalosis in babies in a study on 13 people. It also occurred in 4 out of 153 babies with mothers with eating disorders [20, 21].

Similarly, a liquid nutritional product for individuals with severe disabilities caused chloride deficiency in a study on 59 people [22].

Cystic tissue scarring is a hereditary syndrome that causes low blood chloride levels because it is not absorbed through the kidneys and bowel [23].

Although extremely rare, inadequate dietary chloride intake is a possible cause of low chloride blood levels.

Infusion with high volumes of low-salt fluids reduces the concentration of electrolytes (including chloride) in the blood [24].

The excessive release of the antidiuretic hormone vasopressin causes an increased return of water to the blood circulation by the kidneys and thus reduces electrolyte levels [27].

High volumes of diluted, low-salt fluids can reduce the levels of chloride and other electrolytes in the blood.

Metabolic alkalosis (high blood pH) is a result of [28]:

Some causes of metabolic alkalosis include [3, 4]:

Infusion or intake of high volumes of sodium bicarbonate causes blood alkalosis and may lead to chloride being exchanged for bicarbonate to maintain blood neutrality [31].

Bartter’s syndrome is a rare inherited defect of the kidney cells in the part of the kidney that reabsorbs electrolytes (loop of Henle) and is characterized by [32]:

The syndrome is caused by mutations in the Na+/K+/2Cl- cotransporter 2 (NKCC2), as well as in the following related proteins [33]:

Gitelman’s syndrome is a hereditary disease with similar symptoms to Bartter’s (metabolic alkalosis with low potassium, low chloride, high renin, and high aldosterone levels in the blood), but due to defects in the kidney cells of a different region (distal convoluted tubule). The condition is caused by mutations in the Na+/Cl- cotransporter (NCCT) [34, 35].

Cystic tissue scarring is a hereditary disorder characterized by the following symptoms [36]:

Addison’s disease is a rare hereditary disorder in which the glands above the kidneys are defective and produce low levels of the hormones cortisol and aldosterone. The main symptoms of this disorder are [37]:

Addison’s disease is due to mutations in:

Congenital chloride diarrhea is a rare genetic disease characterized by the production of watery diarrhea with high chloride concentration. It causes dehydration, metabolic alkalosis, and low levels of blood chloride, sodium, and potassium. The condition is due to defects in the bowel chloride and bicarbonate transporter SLC26A3 [42, 43].

This syndrome is characterized by reduced water elimination, continued production or action of the antidiuretic hormone vasopressin, and low blood sodium and chloride levels [44].

The disease is caused by activating mutations in the vasopressin receptor AVPR2, which leads to the excessive accumulation of water [45].

A relationship between low blood chloride levels and increased death rate has been demonstrated in several studies on:

Similarly, low blood levels of chloride, sodium, and albumins due to malnutrition reduced the survival of HIV patients taking antiretroviral therapy in a study on over 600 African women [56].

The incidence of kidney injury increased in patients with low blood chloride levels in a study on over 13000 people undergoing contrast-enhanced tomography [57].

In another study on over 6000 critically ill people, low blood chloride was a risk factor for the development of kidney injury [58].

The most important thing is to work with your doctor to treat any underlying conditions causing your low chloride levels. The additional strategies below are other things that you may try if you and your doctor determine that they could be appropriate.

Note: By writing this section, we are not recommending changes in your medication schedule. We are simply providing information that is available in the scientific literature. Please discuss your medications with your doctor.

Low blood chloride levels can be caused by drugs such as:

On the other hand, the following drugs may lower blood chloride levels and reduce metabolic alkalosis:

Your doctor may review your medications and recommend dosage adjustments or medication changes based on your symptoms.

Your doctor will review all the medications you are taking to determine whether they are raising or lowering your chloride levels.

Chloride electrolyte losses can be replaced through infusion with 0.9% sodium chloride solution [69].

Although the studies covered in this post were mainly human studies, a large number of them were retrospective cohort studies. Because these studies look at existing data, the data may be inaccurate, incomplete, or inconsistently measured. Thus, most of the data collected is only correlational (shows a relationship between the factors) and not causal (determines a cause and effect) [70].

Chloride blood levels are usually measured as part of an electrolyte or metabolic panel. Values below 95-105 mEq in adults and children are considered low (also known as hypochloremia).

Although very rare, low chloride blood levels can also be caused by drinking large amounts of water, not getting enough chloride from food, and certain genetic disorders.

Low chloride levels are not enough for a diagnosis. Your doctor will assess your overall symptoms and lab test results for an accurate diagnosis and treatment.