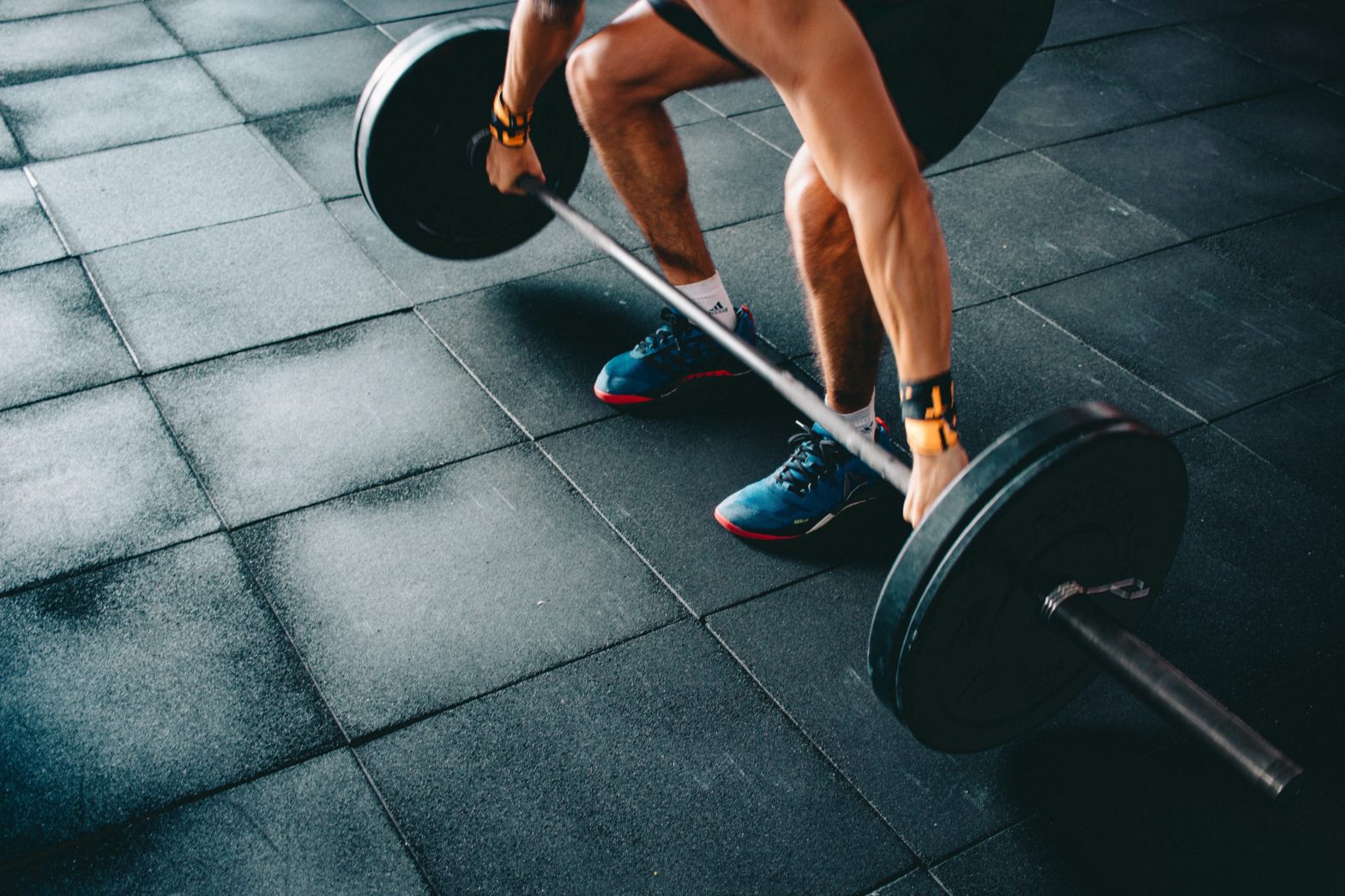 Testosterone is the male sex hormone. It is found in both genders and throughout many different species. Testosterone serves a variety of functions in the body such as sexual and bodily development, metabolic and behavioral influence, and much more. It is important to know what increases and decreases this hormone, as well as when levels are too high or low in your body.

Testosterone is the male sex hormone. It is produced primarily in the testicles in males and the ovaries in females. This steroid hormone has extensive effects on sexual development, body composition, and behavior. This hormone in excess or deficiency can cause a variety of diseases, and both dietary and behavioral factors affect its levels.

While testosterone grows throughout age before puberty, a significant jump occurs at around age 10. Testosterone increases are correlated with early stages of puberty [1, 2, 3, 4].

Increasing testosterone can cause early puberty and also hasten the onset of puberty in children with delayed puberty [5, 6, 7].

Testosterone leads to increases in insulin-like growth factor 1 (IGF-1) and growth hormone, both of which are pivotal in childhood growth [8, 9, 10].

The hormone causes men to grow beards and increase the size of the skull and face [11, 12].

Testosterone can improve protein synthesis, in combination with a minimum level of growth hormone [8].

Experimental research in animals suggests that testosterone is necessary for proper neurobehavioral development, especially before birth and in early infancy [13].

Furthermore, a study on Chinese boys found a correlation between testosterone levels and fluid intelligence (problem-solving skills) during certain stages of puberty [14].

In another trial on 32 men with low testosterone, testosterone replacement improved the metabolic profile [20].

Adding testosterone beyond the apparent baseline does not continue to increase these characteristics based on 2 meta-analyses [21, 23].

However, treating men with low testosterone helps to repair these functions, and promoted other functions such as bone mineral density and body composition (see above) in 2 clinical trials on almost 400 men [24, 25].

In a clinical trial on 71 women who had their uterus removed, testosterone treatment resulted in better sexual function, leaner body mass, and increased strength [29].

Testosterone increased the expression of dopamine transporters (DAT) and vesicular monoamine transporter (VMAT), both of which allow dopamine to promote sexual desire, in adolescent rats. This neurotransmitter is a possible mechanism for testosterone’s effects [32].

Testosterone increased bone mineral density in the spine in a meta-analysis of 29 clinical trials and over 1,000 men [17].

5) Reduces the Risk of Heart Disease

A meta-analysis of 29 clinical trials and 1,000 men found that testosterone reduces total cholesterol [17].

Testosterone and cholesterol are long known to be inversely proportional. In pigs fed high fat and cholesterol diets, those that were castrated for testosterone deficiency developed much higher levels of LDL, as well as the PCSK9 enzyme (an enzyme that binds to an LDL receptor). This presents a possible mechanism for the reason behind this inverse relationship [35].

The hormone might also prevent the formation of atheromas (plaque-induced degeneration of arteries) and progression to acute coronary syndrome [36].

Various measures of risk-taking propensity have shown that high testosterone and low cortisol led to risk-taking in financial markets for both sexes [37, 38, 39, 40, 41].

More specifically, some studies suggest that risk-taking increases in certain situations, and not others – namely, in those of known possibilities and strategic decision making [43].

Another study on almost 300 adolescent girls found no relation between testosterone and risk-taking. In contrast, a strong association was observed between estradiol (E2) and risk-taking (E2 is aromatized from testosterone) [44].

Similar to aggression, orbitofrontal cortex (impulse control) could be responsible for the relationship between testosterone and risk-taking based on another study on over 250 adolescent boys and girls [45].

Studies show a strong association between testosterone levels and physical and verbal aggression/dominance [46].

Women with high testosterone have a strong sense of intrasexual competitiveness, as seen in a study on 136 women [47].

A possible mechanism to explain this link between testosterone and aggressiveness is a reduced activity in the orbitofrontal cortex of the brain, which handles impulse control [49].

Mice studies suggest that the timing of peak plasma testosterone during pregnancy and the first few days of birth can predict possible aggressive behavior in adulthood [51].

A meta-analysis of 29 clinical trials and over 1,000 men found that testosterone treatment increases muscle strength [17].

9) May Increase Attraction to Femininity

Changes in salivary testosterone levels in men contributed to the strength of men’s reported attraction to femininity in women’s faces in a clinical trial on 29 men [52].

10) May Increase Monogamy in Men

In male mice who were in relationships, testosterone decreased their desire for other females [53].

12) May Improve Some Cognitive Parameters and Mood

Sex hormones have an effect on the memory of facts and knowledge. Testosterone was associated with activation of the left prefrontal lobe of the brain in 2 small studies on 48 people (men and women) [56, 57].

Low testosterone is associated with depression [58].

13) May Help Autoimmune Disease and Pain

Androgens such as testosterone could have an influence on T cell differentiation based on a study in rats [59].

Testosterone inhibited the binding of substance P to its receptor in a cell-based study. Substance P is associated with inflammation and pain [60].

Autoimmune diseases may be associated with low blood testosterone concentrations, as seen in a small study on 17 people [61].

14) May Be Associated with Prostate Cancer

Low testosterone was associated with prostate cancer in a study on almost 500 men. However, note that the study didn’t establish low testosterone as the cause of this disease. Other environmental and genetic factors might have contributed [63].

The following side effects have been observed in male taking anabolic steroids to increase athletic performance. Never take anabolic steroids without consulting it with your doctor and always follow your treatment plan.

For this reason, testosterone levels should be tested in the morning [74].

This testosterone cycle is also found in women. Young girls (even as young as 5) and boys experience an increase in testosterone on their way to puberty [75, 76].

Also for mothers, more daily changes in testosterone were associated with less sensitivity to both children and less respect for the youngest child.

The following conditions and substances may reduce testosterone levels:

If your testosterone levels are too low, the most important thing is to work with your doctor to find out what’s causing this high value and to treat any underlying conditions. The additional lifestyle changes listed below are other strategies you may want to discuss with your doctor. None of them should ever be implemented in place of what your doctor recommends or prescribes!

Doing 4 hours of moderate (55-70% maximum heart rate) exercise per week increased testosterone by 250% compared to doing ~2 hours of exercise in 90 obese men. Administering pure lactate (a by-product of exercise) had a similar effect [93, 94].

Resistance training seems to be especially effective, as seen in two clinical trials on 41 people [95, 96].

A high protein diet and supplementing oleuropein (a compound from extra virgin oil) increased testosterone by 300% in rats while halving cortisol [97].

Low-fat diets are associated with reduced testosterone levels. For instance, one study of 30 men showed a reduction of 12% after 8 weeks on a low-fat, high-fiber diet [98, 99]

In an observational study on over 1,300 men, low sleep quality was associated with reduced testosterone levels [80].

Sleeping 5 hours per night was associated with a 15% reduction of this hormone, while sleeping only 4 hours was linked to borderline testosterone deficiency in a study on 12 elderly men [102, 103].

You can increase your dietary intake of this vitamin, take supplements, or get moderate sun exposure.

Supplementing with the following vitamins and minerals improved testosterone levels in clinical trials:

Supplementing with DHEA increased testosterone by 200% in middle-aged men and by about 180% in young men in a clinical trial on 16 men [120].

Some herbal extracts that increased testosterone levels in clinical trials include: