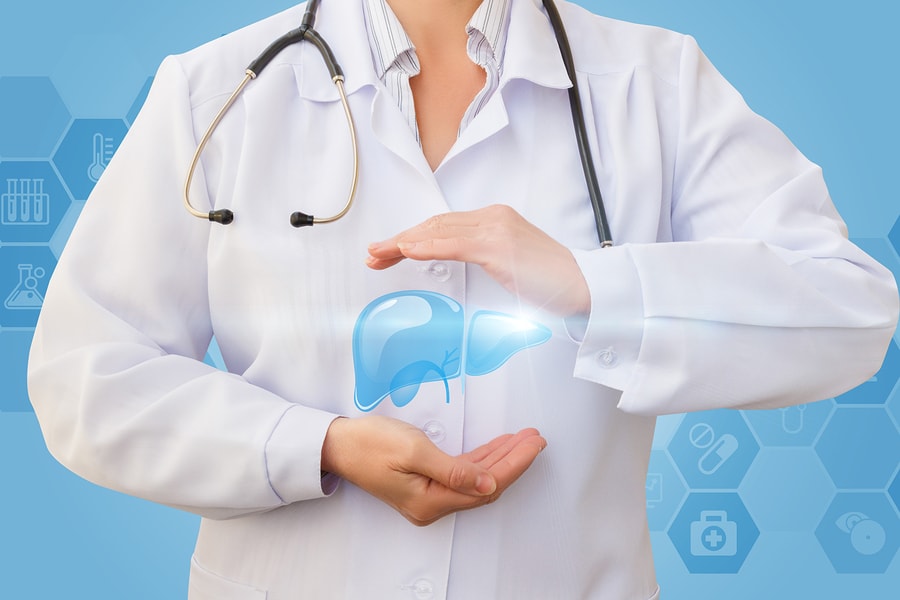 Alanine aminotransferase (ALT) is an important marker of liver health. Keep reading to find out why this marker is often part of liver function tests – and when you should be concerned about your levels.

Alanine aminotransferase or ALT (also known as SGPT) is an enzyme your body needs to break down proteins into energy [1, 2].

Healthy liver cells store most of ALT, but small amounts are also found in the kidneys, heart, muscles, fat tissue, intestines, and pancreas [3].

Normally, blood ALT levels are low. However, when liver cells are damaged due to illness, injury, or medication, they release ALT, increasing its blood levels [4].

Most of ALT is safely stored in the liver. When there is liver damage, ALT leaks into the bloodstream.

Before we talk about the ALT blood test, let’s take a look at what ALT normally does in the body.

ALT helps turn L-alanine and alpha-ketoglutarate into glucose that can be used for energy (via pyruvate) and L-glutamate which can be eliminated as waste or used to build new proteins [6, 7, 8, 9].

Since ALT is an enzyme, its levels are typically determined by measuring its activity (the rate at which ALT transforms L-alanine and α-ketoglutarate into pyruvate and L-glutamate) [14].

ALT levels are often measured together with the liver enzyme aspartate transaminase (AST). The ratio of AST/ALT is also sometimes used as a marker of liver health.

While ALT levels can signal the presence of liver damage, they cannot determine the type of damage, such as scarring, infection, or inflammation [15].

Your doctor will typically order an ALT test along with AST to assess your liver function. High levels can signal liver damage, but they don’t reveal its type or cause.

ALT is measured in units per liter of blood or U/L.

The normal range is around 7-35 U/L in women and 7-40 U/L in men. There may be some lab-to-lab variability in ranges due to differences in equipment, techniques, and chemicals used.

ALT levels typically do not change much during pregnancy. They may slightly increase during the final trimester, but generally still remain below 40 U/L [16, 17, 18, 19].

Low ALT levels are expected and normal – they are just uncommon in the general population. This is because reference ranges are based on where 95% of a healthy population falls into, which means that there are 5% of the people who are healthy and not within the reference range!

There are some factors that can decrease ALT, but they are not common. These include:

High ALT levels often signal a problem with the liver. However, a result that’s higher than normal, doesn’t necessarily mean that you have a health condition that needs treatment. Your doctor will interpret your ALT result, taking into account your medical history, symptoms, and other test results.

ALT can increase due to various underlying issues. Causes shown below are commonly associated with high ALT levels. Work with your doctor or another health care professional to get an accurate diagnosis. Aforementioned conditions include:

Read through this post to learn more about the causes of high ALT and what you can do to decrease high ALT levels.

While one elevated ALT test doesn’t necessarily mean that you have a health condition that needs treatment, several high ALT tests or a high ALT test in conjunction with symptoms of liver damage or disease are a reason for concern. Your doctor should work on finding the underlying cause and treatment options [48].

Tests of other liver enzymes such as AST, ALP, bilirubin, and GGT can help create a more complete picture of liver health [49].

ALT is an enzyme your body needs to turn proteins into energy. Most of it is stored in your liver. Your levels will usually remain stable and relatively low if your liver is healthy, while liver damage causes ALT to leak into the bloodstream in higher amounts. Thus, doctors typically order ALT to check liver function. However, various other conditions beyond liver health can also affect your levels. That’s why doctors will analyze ALT alongside other markers of liver health like AST, ALP, bilirubin, and GGT.

10 Hidden Causes of High Fibrinogen + Risks & How to Lower It