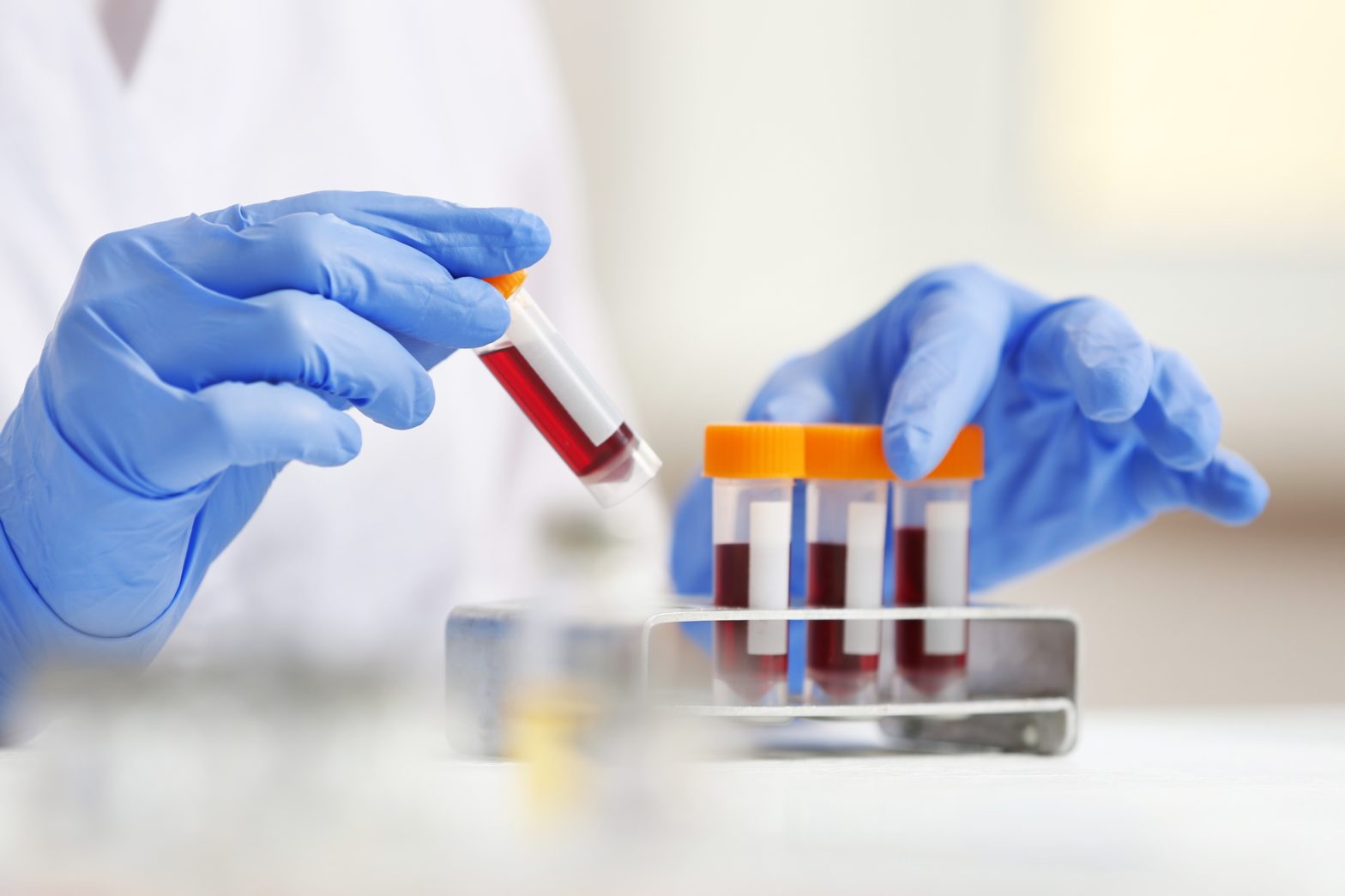 CRP may not be a standard blood test, but more and more doctors are using it because it can reveal a lot about your health. While this protein helps you fight infections, it is also a marker of low-grade inflammation and a predictor of your heart disease risk. Find out more about the CRP blood test and whether your levels are in the normal range.

What is C-Reactive Protein (CRP)?

CRP, short for C-reactive protein, is a ring-shaped protein and an important marker of systemic inflammation [1].

CRP binds to damaged tissue or invading microbes in order to activate the immune system to clear them away. It serves as a primary defense system against infections. By binding to microbes and damaged cells, CRP makes them ready to be devoured by white blood cells [3, 4].

This process is also called the acute-phase reaction and represents an early reaction of the body to bacterial, viral, or parasitic infection, injury, damaged cells, or cancer. Such changes are called ‘acute’ because they usually happen within hours or days following the onset of infection or injury. Their purpose is to restore balance and to remove the cause of the disturbance [1].

Once the cause of the disturbance has been taken care of, CRP levels usually drop back to normal. However, when there’s chronic low-grade inflammation in the body, CRP levels remain slightly increased [5].

Aside from the liver, other tissues — such as the arteries, lungs, and kidneys — can also produce small amounts of CRP [1, 6, 7].

Both of these tests measure the amount of the inflammatory marker C-reactive protein (CRP) in the blood.

The CRP test is ordered for people with symptoms of a serious bacterial infection or inflammatory diseases. It measures CRP in the range from 10 to 1,000 mg/L. Point-of-care tests that perform a CRP test within 4 minutes have now become available. Therefore CRP can assist in diagnosing serious infections in hospital settings [8, 9].

However, if you’re interested in checking for low-grade chronic inflammation or for an indication of your heart disease risk, you should do a hs-CRP test. hs-CRP test measures CRP in the range from 0.5 to 10 mg/L. The sensitivity of the hs-CRP test allows you to detect slightly elevated CRP levels that would otherwise go unnoticed with a regular CRP test [9].

The regular CRP test is useful for people with serious infections or inflammatory diseases. The more sensitive hs-CRP test, on the other hand, detects slight elevations in CRP levels that would go unnoticed with the regular CRP test.

CRP is found in traces in healthy people. The normal range is usually below 1 mg/l [1].

Your genes can impact your baseline CRP levels. In fact, studies suggest that genetics accounts for around 25 – 40% of the variation in CRP levels between people. However, CRP environment and lifestyle factors, such as diet and smoking, still play a larger role [10].

CRP peaks at about 3 PM each day, with a 1% variation in CRP levels being from daily and seasonal effects [11].

Minor changes occur during the menstrual cycle in women, and levels commonly rise and fluctuate in pregnancy [11, 12].

A lack of CRP elevation despite high inflammation is possible in liver failure, as well as during lupus flare-ups [1].

On the other hand, people with kidney failure may have high CRP in the absence of clinically significant inflammation [14].

Since healthy people produce only a small amount of CRP, normal levels are usually below 1 mg/l.

Scientists have found that lower CRP levels were linked with a lower risk of heart disease, and vice versa. It is now generally accepted that CRP levels can help predict the future risk of heart (cardiovascular) disease even in apparently healthy people [15, 16, 17].

CRP levels complement cholesterol levels to give a more accurate prediction of a person’s cardiovascular risk [17].

CRP Levels Above the Normal Range

In this section, we’ll dive into the science to understand how CRP levels differ between sudden infections and chronic inflammation. Skip to the next part if you just want to understand the main points.

CRP plays a protective role in infection by activating the immune response. In such cases, its levels rise dramatically and quickly to help the body defend itself. CRP increases 4 to 6 hours after tissue injury or inflammation and declines rapidly with the resolution of the inflammatory process, usually within a day or two [15, 20, 1, 16].

CRP has a stable half-life of 18 – 19 h under all conditions of health and disease, so the sole determinant of circulating CRP levels is its production rate. CRP is broken down by macrophages (a type of white blood cells) [16, 22, 23].

Compared to the acute sharp rise in CRP levels, low-grade chronic inflammation produces minor elevations of CRP in the 3-10 mg/L range. These are usually long-term [15].

CRP is beneficial when you are faced with a sudden infection. It quickly rises to help your immune system mount a more effective attack against bacteria and viruses. Acute infections and injuries dramatically increase CRP for a short while, but chronic, low-grade inflammation can keep CRP levels slightly elevated over the long term

Why Are Higher Levels of CRP Bad?

This wouldn’t make CRP bad per se. Except it turns out that apart from being a marker of inflammation, CRP can also create inflammation on its own [15]!

In addition, studies have shown that CRP can damage blood vessels by increasing the release of inflammatory molecules in blood vessel walls and blood vessel muscles[15].

These effects of CRP are likely an explanation as to why higher CRP levels can increase a person’s future risk of heart disease [15, 16, 17].

Studies suggest that higher CRP levels can bad because CRP acts to increase inflammation and can damage the blood vessels and increase oxidative stress in the body.

C-reactive Protein (CRP) is created by the liver in response to inflammation, infection, and injury. If you are facing a sudden infection, CRP will dramatically rise to help your immune system get rid of the invader and restore balance. Once the threat is gone, its levels quickly return back to normal.

Problems arise when CRP remains slightly high over long periods of time, such as in chronic, low-grade inflammation. That’s because CRP can also create inflammation on its own, damaging the blood vessels and increasing oxidative stress in the body.

It is now generally accepted that higher CRP levels are associated with an increased risk of diabetes of heart disease.

A standard CRP blood test is used for people who are experiencing acute infections or injuries. if you’re interested in checking for low-grade chronic inflammation or for an indication of your heart disease risk, you should get a high sensitivity CRP test (hs-CRP) that can detect slightly elevated levels that would go unnoticed with the regular test (<10 mg/l).

If your CRP levels are under 3 mg/l, you are in the normal range. Levels below 1 mg/L are considered optimal, as they are associated with below average heart disease risk.

This post is the first in a four-part series about CRP. Read the other parts to learn about: