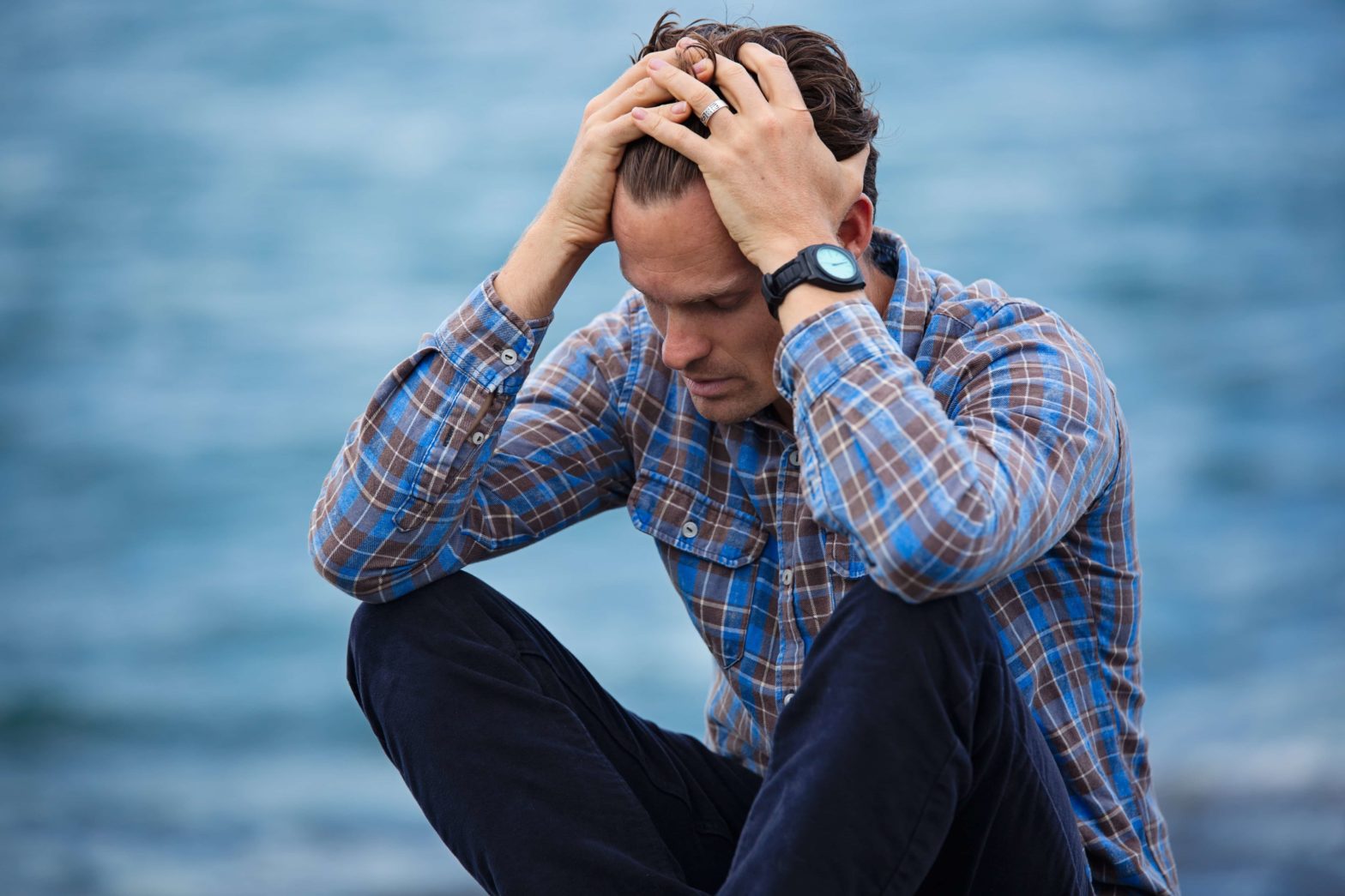 CRP is a protein that links stress, emotional, and socioeconomic cues to chronic inflammation and heart disease. Keep reading to find out about the main lifestyle, dietary, hormonal, and other causes of high CRP that are rarely talked about.

Below are some of the causes that have been associated with higher CRP levels. Keep in mind that CRP can be elevated due to underlying medical conditions that need treatment. If your CRP is high, work with your doctor to get an accurate diagnosis.

There is an established, yet complex, relationship between CRP and sleep. Excess sleep, insufficient sleep, frequent napping, and infrequent napping have all been linked with elevated CRP, but these relationships seem to depend on both night and daytime sleep patterns [1, 2, 3].

Insufficient sleep has been linked to inflammation.

For example, scientists have found that CRP increases with both sleep deprivation and poor self-rated sleep quality in a dose-dependent manner [1].

In one study, both total (88 hours) as well as partial (4.2 hours during 10 consecutive nights) sleep restriction significantly increased blood levels of CRP [4].

Another study showed that CRP was elevated immediately after sleep restriction, and since this protein has a half-life of 19h, this elevation was sustained even after two days of recovery sleep [5].

On the other hand, several investigations have linked oversleeping (≥9 hrs/night) with higher CRP in those with Obstructive Sleep Apnea and type 2 diabetes [1]. It’s quite possible that longer sleep time doesn’t cause higher CRP, but rather people with inflammation (and therefore higher CRP) need more sleep.

The relationship between daytime naps and CRP is ambiguous. In one study, self-reported nappers had increased CRP, and the authors suggested that frequent naps may actively elevate CRP, possibly via enhanced blood pressure upon waking [1].

On the other hand, a recent investigation focusing on young adults who nap infrequently reported that IL-6, an inflammatory molecule that usually increases together with CRP, increased following sleep deprivation but decreased after subsequent naps [1].

Suboptimal sleep can increase your CRP. Excessive, irregular, and insufficient sleep have all been linked with higher CRP levels and inflammation.

CRP is elevated in chronic stress and may be the link between stress and low-grade inflammation-related diseases.

Scientists found that both psychological and social stress significantly impacts CRP [12]. In a study that examined job stress and CRP levels among Chinese workers, effort, overcommitment, and effort-reward imbalance were all significantly correlated with higher CRP; while rewards were significantly related to lower CRP [13].

A link was found between higher CRP levels, chronic stress, and burnout in women with psoriasis [14].

A study suggests that people who engage and work on resolving their issues (positive engagement coping) may have lower CRP in the context of interpersonal stress (e.g., arguments with parents or siblings, conflicts between adults in the home, friendships ended) [15].

All kinds of chronic stress and exhaustion can increase CRP levels, especially in people who haven’t found a way to cope with daily stress in a positive way.

Researchers found a link between CRP levels and many social and economic factors, which, in many cases, translated into chronic stress.

Another study found that children living in neighborhoods with high levels of poverty or crime tended to have elevated CRP levels compared to children from other neighborhoods [20].

In a Swiss population, a linear association was found between education and CRP (more education = lower CRP) [21].

Depending on the study, associations with CRP and race were observed, or not found [23, 24].

Being married is weakly associated with lower CRP level [25].

Several studies have demonstrated that women may have higher levels of CRP compared to men [26].

Finally, research suggests that those with more children may have higher CRP than individuals without children or those with fewer children. This association could reflect the associations between high CRP and higher economic stress, exhaustion, and chronic stress [28].

Stress-related socioeconomic factors – such as low income, poverty, less education, social isolation, crime, and belonging to a minority group – have all been linked with higher CRP levels.

Scientists have found that CRP levels tended to be higher in the presence of nicotine, alcohol, and cannabis use and nicotine dependence [29].

A U-shaped cross-sectional relationship between CRP and alcohol consumption is widely documented. Whereas alcohol in moderation appears to be beneficial, alcohol users showing abuse or dependence have elevated CRP [29].

One study following a 2-week mountaineering expedition (at 3,200 – 3,616 m) found that participants had increased CRP levels during the expedition [33].

Traveling to moderate altitudes may decrease CRP short-term, while very high altitudes increase CRP and whole-body inflammation both in the short and long run.

Studies have found that in temperatures below 0°C, CRP level increases with decreasing temperature. A reverse association, however, was observed above 0°C [34].

There is a potential link between saturated fatty acids (SFA) and CRP levels [35].

Lauric and myristic acids and high saturated/polyunsaturated fatty acid (SFA/PUFA) ratio have been associated with elevated CRP in men [36].

A study of over 700 nurses showed that those with the highest trans fat intake had blood levels of CRP that were 73% higher on average than those with the lowest intake [37].

Eating a lot of saturated and trans fats may increase CRP.

Elevated CRP has been associated with vitamin D deficiency in city-dwelling seniors [38].

The same may apply to adults as well. In sub-Saharan Africans, vitamin A-deficient people were at a much greater risk of high CRP [41].

Vitamin D, vitamin A, and vitamin K deficiency may all increase CRP levels.

People with high blood leptin and CRP are more likely to gain too much weight. Even when leptin is given to people as a medication, it increases blood CRP levels [45].

On the other hand, studies suggest that CRP can bind leptin in the blood. Therefore, high CRP levels may restrict leptin and cause leptin deficiency in the hypothalamus which, in turn, makes losing weight and fighting off infections a struggle [45].

Both leptin and estrogen may increase CRP levels. In turn, high CRP can lead to leptin deficiency and make it harder to lose weight.

These cytokines can be produced in response to bacterial infection, tissue damage, inflammatory disease, UV-light, etc. [51].

In fact, CRP’s main function is to increase in response to infection and to help remove microbes and abnormal cells from the body. Read more about health conditions associated with high CRP here.

Since CRP is a marker of chronic inflammation, it should come as no surprise that dietary and lifestyle factors that increase stress and worsen inflammation also raise CRP. Many of these factors are all too often overlooked. Among the preventable causes of high CRP levels, poor sleep, chronic exhaustion, and smoking are the main lifestyle-related ones. Not sleeping enough, sleeping too much, and irregular, low-quality sleep all increase CRP; stressing about your income, relationships, or work has the same effect. Additionally, spending time at very high altitudes or in extremely cold environments raises CRP, while short-term stays at moderate altitudes decrease it. Not getting enough sun (or dietary vitamin D) is another possible cause of high CRP. Your diet can have a strong influence on your CRP levels. Diets high in saturated and trans fats and low in vitamins A and K increase CRP levels and inflammation. Hormonal imbalances can also cause high CRP. High leptin and estrogen are among the potential culprits.