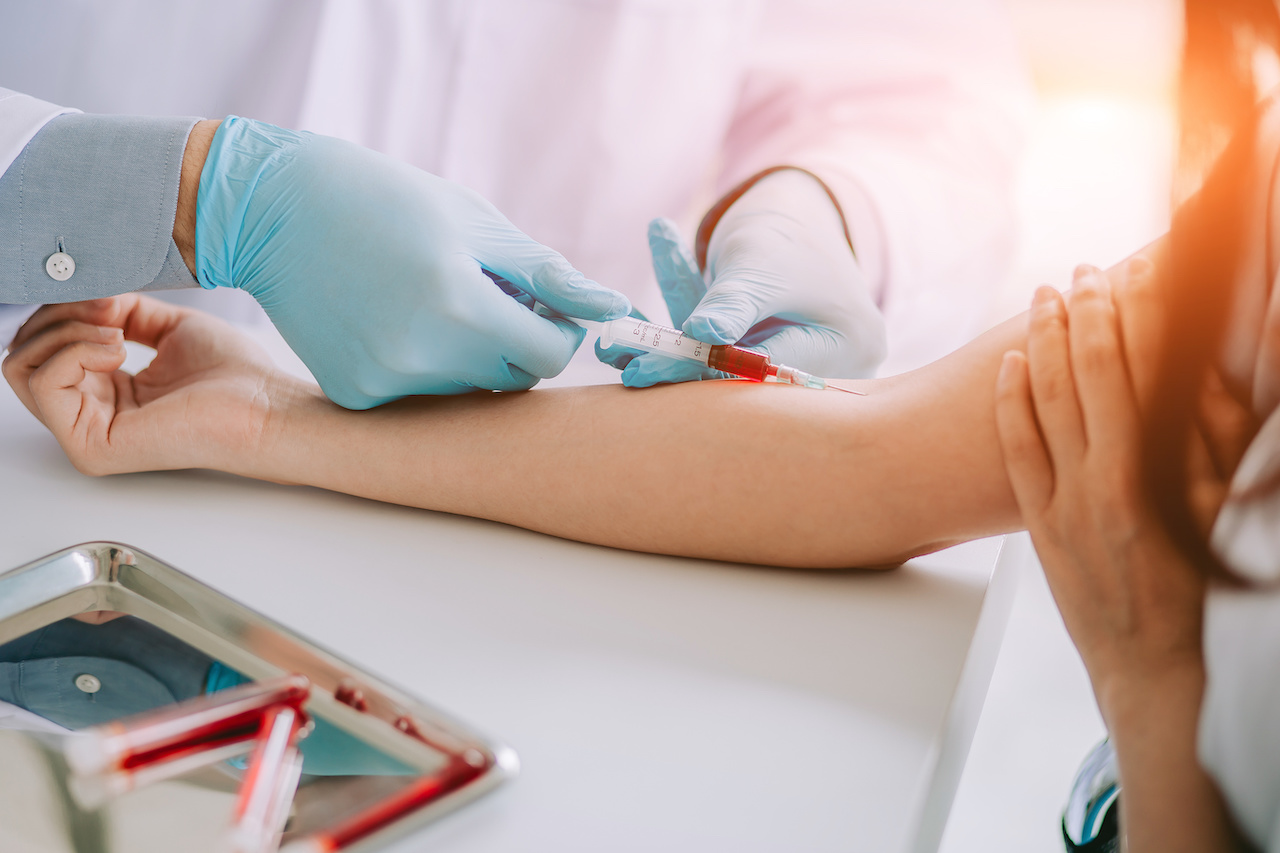 Carbon dioxide is in the air, in the ocean, and even in soda. You can also find carbon dioxide in your blood, where it plays an important role in regulating your breathing and maintaining the pH of your blood. Learn about the different ways to test carbon dioxide levels and what the results mean.

What is Carbon Dioxide?

Carbon dioxide, which has the chemical formula CO2, is a gas that is naturally found in the Earth’s atmosphere and the human body. When cells convert sugars and fats into energy, they create CO2 as a byproduct. This CO2 then travels through the blood and into the lungs, where it is exhaled out of the body [1].

Most of the CO2 in the body (usually over 90%) is actually in the form of bicarbonate (HCO3-). The rest is dissolved in the blood or found in the form of carbonic acid (H2CO3). CO2 naturally switches between these different forms depending on how acidic or basic the blood is, otherwise known as blood pH [1, 2].

CO2, especially in the form of bicarbonate, plays an important role in maintaining the pH of the blood. Bicarbonate acts as a buffer, preventing blood from becoming too acidic or basic [3].

The breathing rate is also regulated by CO2. A high level of CO2 in the blood tells the body that it’s not getting enough oxygen, which will trigger the urge to breathe [4].

The body creates CO2 as a byproduct of energy production. It helps maintain blood pH and regulates breathing.

CO2 levels are most commonly used to evaluate the acid-base balance in the blood, which may be disturbed by issues in the lungs or kidneys. Three pieces of information are needed to get a full picture of acid-base status, which include [1]:

Besides acid-base balance, CO2 levels are also helpful in monitoring lung diseases and the effectiveness of oxygen therapy [1].

Testing CO2 levels can reveal acid-base imbalances in the blood that may be due to lung or kidney problems.

There are several different tests that measure CO2 levels in the blood. Each test measures a different form or aspect of CO2 and sometimes multiple tests are needed to get a full picture of an individual’s health.

The serum total carbon dioxide test (TCO2 test) measures the total amount of CO2 (in all forms) in the blood, including [1]:

This test requires a blood sample, which a medical professional will usually take from a vein in the arm [1].

The TCO2 test does not measure the components typically used to evaluate acid-base balance (blood pH, HCO3-, and pCO2 are what is needed) [1].

However, since so much of a person’s CO2 is in the form of HCO3-, the total CO2 is often used as a surrogate for HCO3- levels. In fact, the terms CO2 and HCO3- are sometimes used interchangeably in terms of these tests [1].

Because the TCO2 test is fairly quick and easy to perform, it is usually the first test used to screen for acid-base disorders. If results are abnormal, additional tests may be performed [1].

The total carbon dioxide test estimates HCO3- levels and is used to screen for acid-base imbalances.

The arterial blood gas (ABG) test is also commonly performed. It measures pCO2, pO2, and blood pH. In addition, it is possible to calculate HCO3- levels using the results of this test. This means the ABG test provides all the information needed to fully evaluate acid-base balance [5].

The ABG test is also a little more difficult to perform compared to other tests. This test requires a blood sample from the artery, which can be more painful and potentially has more complications compared to drawing blood from the veins [1, 6].

Despite being harder to perform, the ABG test is still one of the best ways to evaluate blood pH imbalances and is commonly performed whenever an acid-base disorder is suspected [1, 6].

The arterial blood gas gives the most complete picture of acid-base status in a patient.

The bicarbonate test measures only the amount of HCO3- in the blood using samples from the veins. It is less commonly used than the ABG test because it provides less information. However, a venous HCO3- test is also easier and cheaper to perform than an ABG test, making it sometimes more popular in rural areas or less developed countries [1, 6].

CO2 tests are used to evaluate the acid-base balance in the blood or lung issues.

However, these ranges can vary depending on many factors, such as [1]:

Carbon dioxide (CO2) blood tests are normally used to evaluate issues with your breathing or imbalances in your blood pH. Many factors can affect your CO2 levels, most of which stem from kidney and lung disorders. Correcting an abnormal CO2 level usually involves treating the underlying condition that is causing the imbalance.