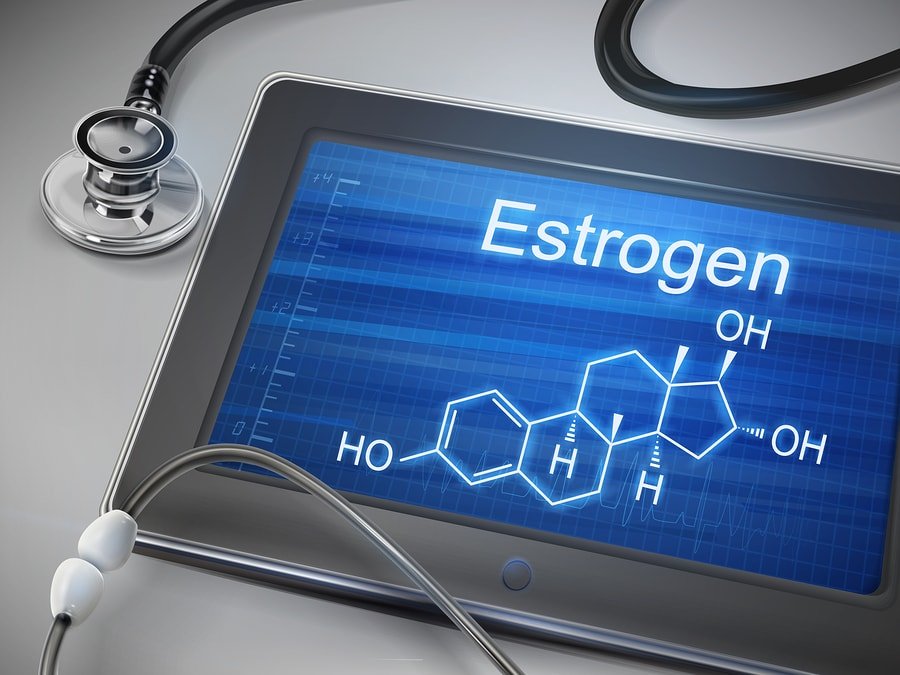 Estriol is one of the three main estrogens. However, it’s levels are usually so low they can’t be detected in the blood. They play a major role in pregnancy. Learn what low or high estriol levels mean here.

The three main estrogens in the body are estrone (E1), estradiol (E2), and estriol (E3). This test measures the amount of estriol in your blood.

In women, estriol is produced in the ovarian follicles and corpus luteum. Estrone and estradiol can also be converted into estriol [1, 2, 3].

Normally, in both men and women, estriol levels are the lowest compared to the other two estrogens and cannot be detected in the blood (serum) [4, 1].

Estriol levels increase during pregnancy. After the third semester, the placenta converts DHEA-S into estriol and other estrogens. Estriol becomes the major estrogen, peaking during the third trimester. After a woman gives birth, her estriol levels will decrease and go back to normal [4, 1].

Estriol tests are used to monitor high-risk pregnancies and screen for problems with the fetus [5].

Estriol can be measured in the blood or in saliva. The advantage of saliva tests over blood tests, is that saliva tests actually measure the amount of free hormones, while in blood these hormones are mostly bound to proteins (SHBG and albumin) [6, 7, 8].

In addition, a saliva test is easy to do and noninvasive.

On the other hand, accurate measurement of hormones in the saliva depends on proper sample collection and proper analyses [9]. It makes sense to repeat the test or do a blood hormone test to confirm any abnormal findings [9].

Levels can vary between labs, depending on techniques, equipment, and chemicals used. In addition, levels vary from day-to-day.

Saliva tests are still in development and aren’t standardized. Levels will depend on the laboratory doing the testing.

Causes listed below are commonly associated with low estriol levels. Work with your doctor or another health care professional to get an accurate diagnosis. Your doctor will interpret your result, taking into account your medical history, symptoms, and other test results.

A result that’s lower than normal, doesn’t necessarily mean that you have a health condition needing treatment.

In pregnant women, low estriol levels may be caused by issues such as:

It’s important to work with your doctor to find out what’s causing your low estriol and to treat any underlying conditions!

Since estriol can be derived from other estrogens, increasing your estrone and estradiol levels may help increase estriol levels, but these may not work depending on the underlying health issue [3].

Causes listed below are commonly associated with high estriol levels. Work with your doctor or another health care professional to get an accurate diagnosis. Your doctor will interpret your result, taking into account your medical history, symptoms, and other test results.

A result that’s lower than normal, doesn’t necessarily mean that you have a health condition needing treatment.

In women, the most common cause of high estriol levels is pregnancy [17].

If you are pregnant, optimal estriol values will depend on the gestational week. Check your lab ranges and consult your doctor for more information.

TMAO: Why It Increases & Factors That May Reduce TMAO levels

High Alkaline Phosphatase Symptoms & How to Reduce It