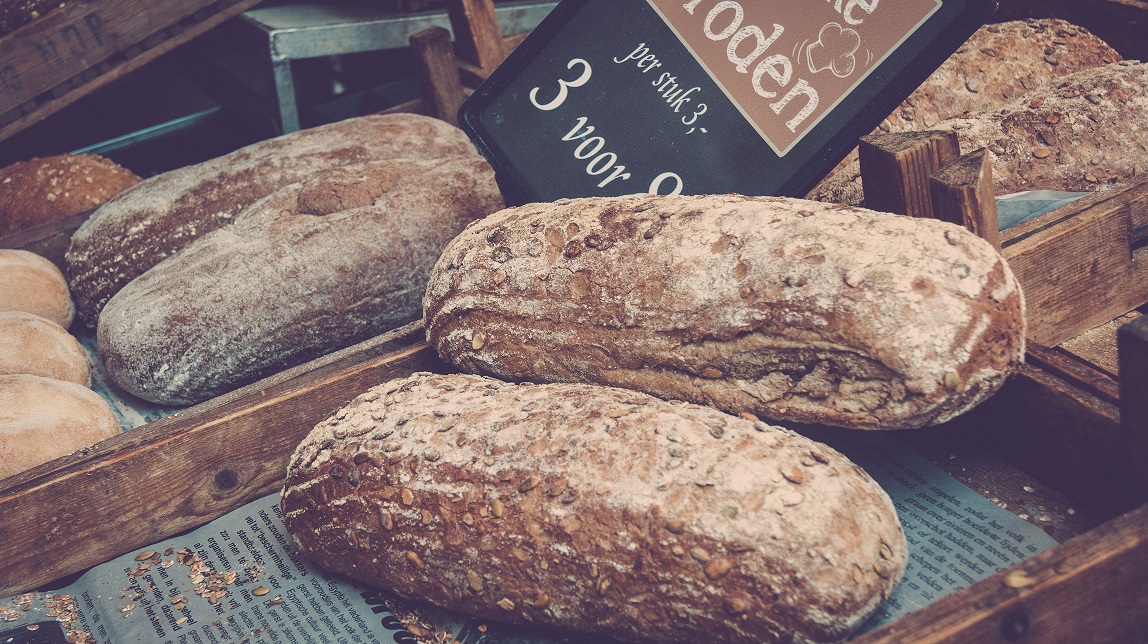 Amylase is an enzyme that helped our ancestors adapt to digesting complex carbs. Low levels have been linked to insulin resistance, metabolic syndrome, obesity, and diabetes. High amylase can be due to issues with the salivary glands or the pancreas, which produce this enzyme. Interestingly, your amylase genes can tell if you do better on a high- or low-starch diet. Read on to learn more.

Amylase is an enzyme that breaks down complex carbs into simpler ones. Digestion of carbs is extremely important since carbs are ultimately broken down into glucose – the main energy source that fuels our bodies.

There are two main types of amylase – salivary and pancreatic [1, 2].

Since amylase breaks down carbs, it is no surprise that the more amylase you have (within the normal range) the better your body is at digesting and making use of complex carbs. Studies have linked higher amylase levels to better glucose tolerance after eating starch-rich meals [4, 5].

This means that people with high amylase activity produce insulin better. On the other hand, low amylase is linked to low or insufficient insulin production and increased insulin resistance [6, 7].

Amylase doesn’t affect blood glucose levels after eating simple sugars, like glucose or sucrose. It only digests complex carbs – starches. Both people with high and low amylase will react the same to glucose [8].

This means that people with low amylase levels may be at a greater risk of insulin resistance and diabetes on starch-rich diets [8].

Several other studies with over 3,500 people confirmed there’s a link between low amylase and risk of insulin resistance, metabolic syndrome, and type 2 diabetes [4, 5].

Low amylase and obesity can spiral down a vicious cycle.

On one hand, studies have found that having low amylase levels is associated with an increased risk of obesity [12, 13, 14, 15].

On the other hand, being obese lowers amylase levels, possibly by affecting insulin production and sensitivity. One way to put an end to this harmful loop is weight loss, which increased amylase levels in a subset of 4 obese people monitored over a year [16].

In a study of 43 people running a half-marathon, those with higher amylase levels performed much better and finished the race faster. Higher amylase at the start was also linked to more stable blood glucose levels and lower lactic acid (a measure of muscle fatigue) at the end of the run [18].

Is Amylase a Measure of Stress?

Some researchers think that salivary amylase could be used as a simple marker of sympathetic, fight-or-flight activity. Its release is, in part, triggered by the fight-or-flight response, increased during stress [20, 21].

Those researchers hope that it may prove to be a reliable stress biomarker. Getting your salivary amylase tested by providing a small saliva sample would certainly be less of a hassle than doing blood tests. But so far, the data are not too convincing. Plus, the methods used in most studies were somewhat unreliable.

The fight-or-flight response increases alertness, focus, and arousal. In a study of 12 sleep-deprived women, those with lower salivary amylase were less vigilant and did worse on a simulated driving test. Higher amylase was linked to increased alertness and better performance, possibly due to increased fight-or-flight activity [22].

In another study, young people with anxiety had increased sympathetic activity measured by salivary amylase. This is because an overactive fight-or-flight response increases restlessness and anxiety in the long run [23].

But salivary amylase is not just a marker of stress. Parasympathetic, rest-or-digest, nerves also stimulate its release [24, 25].

One study even suggested that salivary amylase should be used as a marker of parasympathetic activity [26].

Although salivary amylase has been linked to stress, this seems to be just one small part of the puzzle. Salivary amylase levels depend on a number of other factors, including your genes (discussed below), your insulin function, and body weight, to list a few.

Most often, your doctor will order an amylase test if they suspect issues with your pancreas, such as inflammation (pancreatitis). Symptoms of pancreas inflammation include [27, 28]:

However, if you want to know for certain whether you have pancreatitis, the amylase test is not the best test to take. This is because amylase can be increased or decreased by a myriad of causes, many of them pancreas-unrelated. Lipase, for example, is a better test of pancreas function.

The normal range for blood (serum) amylase can differ somewhat between laboratories. Generally, it’s around 30 – 120 U/L (units per liter).

Apart from the total amylase, some tests can differentiate between pancreatic and salivary amylase. These tests can zero in on exactly what is going on in your body with greater precision [2].

These can also vary slightly between laboratories.

Finally, there is also a urine amylase test.

When needed, urine amylase may be used instead of the blood test because it’s less invasive [30].

High levels of amylase in the blood (hyperamylasemia) are caused by either too much of the enzyme entering the bloodstream or not enough of it being cleared (by the kidneys) [2]. Amylase will usually build up in the blood as a result of issues with the salivary glands or the pancreas.

High amylase levels will not cause any specific symptoms. Instead, any potential symptoms will be related to underlying conditions. For example, people with pancreatitis may experience pain, nausea, or vomiting.

Causes listed below are commonly associated with high amylase. Work with your doctor or another health care professional to get an accurate diagnosis.

The most important thing is to work with your doctor to find out what’s causing your high amylase and to treat any underlying conditions!

High amylase is often caused by pancreas inflammation, which is a serious condition that requires immediate medical attention. Your doctor will help diagnose the problem and prescribe the appropriate treatment.

When your amylase is high you should:

Low blood amylase is linked to poor insulin activity, either due to the pancreas not producing enough insulin or due to tissues becoming resistant to it [6].

Causes listed below are commonly associated with low amylase. Work with your doctor or another health care professional to get an accurate diagnosis. Your doctor will interpret your amylase levels, taking into account your medical history, symptoms, and other test results.

Low amylase can be found in people with:

You can increase amylase by:

Do you thrive on complex carbs? Your genes may hold the answer.

Populations that historically consumed more starch, such as agricultural societies, carry larger numbers of copies compared to societies with a pre-agricultural lifestyle, such as rainforest and polar region hunter-gatherers [95].

Importantly, a low number of AMY1A copies has been associated with a higher body mass index (BMI) and obesity. This was shown in multiple studies with over 7,500 people. For example, one study suggests a person with less than 4 copies might have an eight-fold higher risk of obesity compared to a person with over 9 copies [12, 13, 14, 15]!

Genetic variations (SNP) in AMY1 (rs11185098) that predispose people to higher amylase were associated with weight loss. When put on a diet, people with the higher amylase ‘A’ variant tended to lose more weight than people without the ‘A’ variant. The study included over 800 obese participants monitored for 2 years [97].

Higher amylase activity is also linked to better glucose tolerance after eating starch. It was associated with a decreased risk of insulin resistance, metabolic syndrome, and type 2 diabetes, according to studies of over 3,500 people [4, 5].

In addition, scientists have found a link between AMY1A copies and gut bacteria. People with more copies may have more bacteria fermenting resistant starch and more beneficial short-chain fatty acids such as butyrate in the gut [98, 99].

On the other hand, fewer copies have been associated with glucose malabsorption and lower ability to digest and use complex carbs [100].

How can you use all this information to hack your diet?

Studies suggest that people who have a low copy number or an rs11185098 GG genotype (these are often linked), may not be able to process complex carbs efficiently. Their body may also respond to complex carbs less favorably. If that’s your case, you may feel and do better on a low-carb diet.

People who have a higher copy number and at least one rs11185098 A variant (AG or AA genotypes), may be able to tolerate more dietary carbs and their body will respond to them more favorably.

Starchy carbs that require amylase to be broken down and used in the body include:

Remember, tolerating more dietary carbs doesn’t mean that you are protective to the negative effects associated with high-carb diets. You should always make sure your diet is healthy and well balanced.