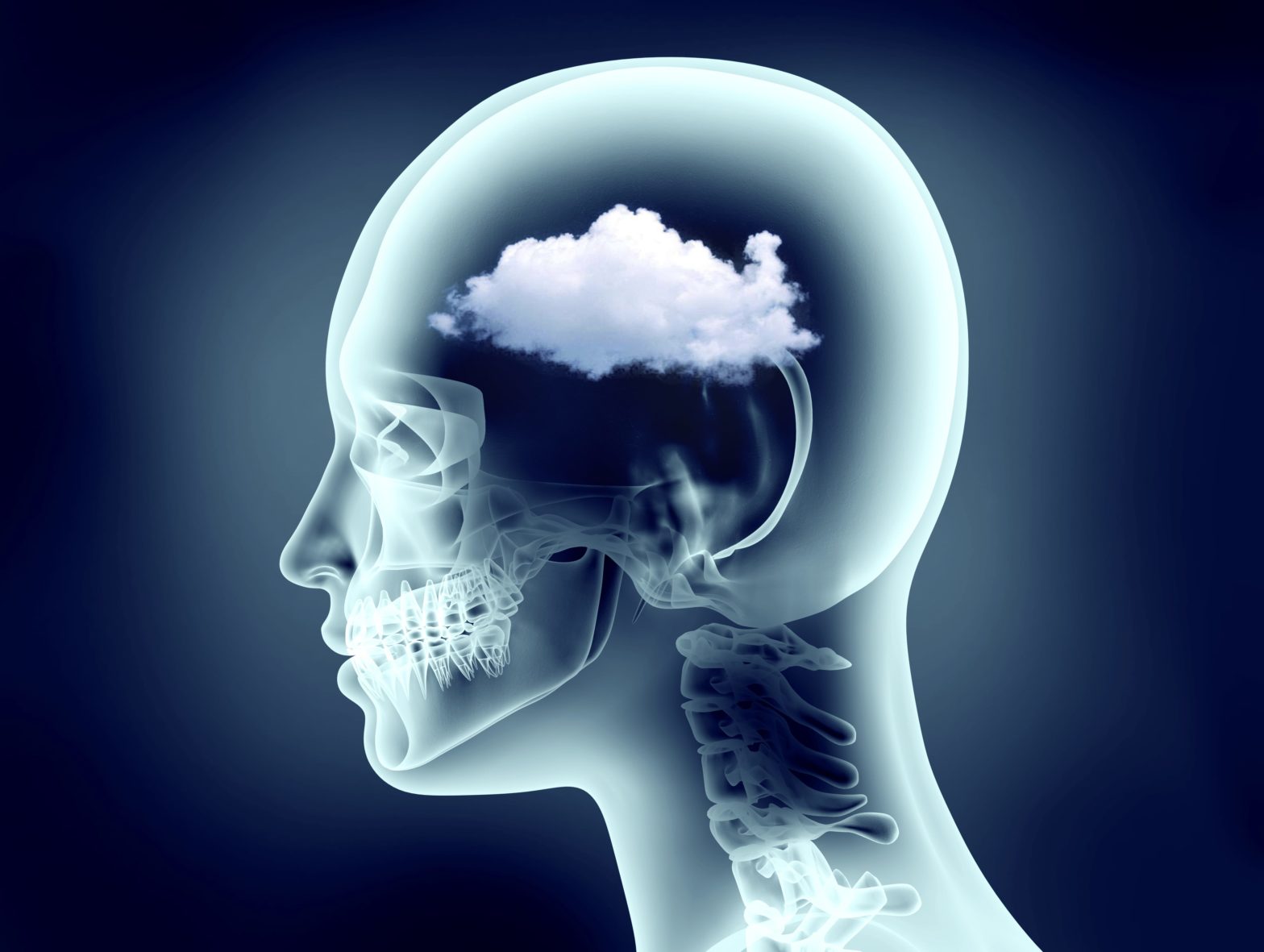 You may have heard of “leaky gut” or the weakening of the intestinal barrier. Just like the gut, the brain can also be “leaky.”

Like the stomach barrier, the blood-brain barrier is lined with one layer of cells that separate the blood from the brain. It only allows a few substances like oxygen, hormones, and certain cytokines in, while blocking out others.

Some researchers have argued that when this protective layer is compromised, the brain may become vulnerable to damage from chemicals, inflammatory cytokines, and immune cells.

If you suffer from any brain disorders, including brain fog (cognitive dysfunction), chronic fatigue, anxiety/depression, neurodegenerative diseases, and multiple sclerosis, then this post is for you.

Leaky Brain – Part One of a Three-Part Series

What Is the Blood-Brain Barrier?

The blood-brain barrier (BBB) is a one-cell layer barrier that separates the brain from the blood. Its main role is to act as a selective (semi-permeable) filter that lets only specific molecules through while blocking others at the right time.

The brain becomes “leaky” when the blood-brain barrier becomes more permeable. A loss of selectivity in the BBB is linked to a variety of diseases. 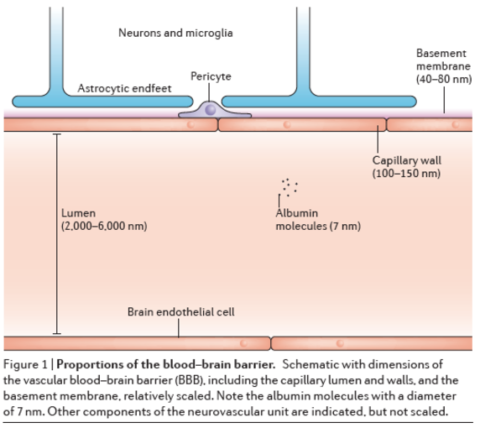 The blood-brain barrier (BBB) is composed of specialized components called neurovascular units or NVUs, which include:

The factors below have been associated with a “leaky” blood-brain barrier in various studies. However, this is not to say that these factors are direct causes of BBB, or that the BBB will necessarily gain permeability if a person is exposed to them. Researchers have simply found connections between them and the condition colloquially known as “leaky brain.”

Future studies will clarify whether these factors are causally linked to increased permeability in the BBB, and what sort of clinical applications such a link could have. We present this early research here for the sake of interest [3, 4].

How Do Researchers Detect a “Leaky” BBB?

In order to research the permeability of the blood-brain barrier, researchers have developed a number of techniques. These are not typical laboratory tests available to a doctor.

1) Albumin in the Brain

Under normal conditions, blood albumin does not cross the blood-brain barrier (BBB). Additionally, higher levels of albumin in the BBB lumen are correlated with aging [21, 22].

A common technique used to check the extent of leakage is to dye blood albumin using Evans Blue. This dye binds to albumin immediately after its injection into the blood. Researchers measured levels of blood-brain barrier leakage by looking at the Evans Blue dye accumulated in the brain via spectrophotometry [23].

However, this method is not sensitive enough to detect minor leaks or to assess the full amount of leakage in the brain. It also requires extensive tissue processing [23].

In a new study, researchers used optical imaging on rat brains to check leakage in the BBB after induced strokes. This method was able to map leakage in different brain locations [23].

Optical imaging data of the Evans Blue-dyed albumin was more sensitive and easier to use than spectrophotometry, making it a viable research technique for BBB studies [23].

Matrix metalloproteinases (MMPs) play a role in the disruption of the blood-brain barrier (BBB), especially MMP9. MMPs are endopeptidases (enzymes that break down peptide bonds) that degrade the extracellular matrix [24].

Disruption of the BBB occurs after a stroke and worsens brain injuries. Many animal and postmortem studies of brain tissue from stroke patients have shown an increase in MMP9 levels following a stroke [24, 25].

In one study, researchers studied the effect of MMP9 on rats with traumatic brain injuries. After brain injury, MMP9 levels significantly increased, as did BBB disruption. Additionally, treatment with an MMP inhibitor reduced BBB disruption [26].

What About GABA Challenge?

If you’ve spent some time looking up “leaky brain” online, you may have come across the concept of a “GABA challenge,” which proponents claim can identify high BBB permeability. However, the origin of this concept is unknown, and the test’s validity is not directly supported by the scientific literature.

Gamma-aminobutyric acid (GABA) is an inhibitory neurotransmitter. It is sold online as a food supplement [27].

All of these conflicting reports might be the result of using different methods. To date, no human studies directly have assessed GABA and the blood-brain barrier permeability, due to the limitations of measuring GABA in the human brain [27].

It is possible that while the amount of GABA that reaches the brain is too small to be clinically significant, this amount is enough to cause changes in the brain. Again, however, this conclusion has no significant clinical support [27].

A “leaky” blood-brain barrier has been linked to a number of neurological disorders, but the direction of influence (i.e. whether increased permeability is a cause or effect of such disorders) is unknown. The following conditions have been associated with increased BBB permeability.

In Alzheimer’s patients, neurovascular units may not function properly [30].

The destruction of neurovascular units in Alzheimer’s disease is related to the increase in the production of adhesion molecules called VCAM-1 [31].

The many types of adhesion molecules that destroy the BBB may also allow Aβ to accumulate in the brain. The proteins enter the nerve cells and form plaques that interfere with their function and eventually kill brain cells [32].

Chelating agents bind to excess transition metals and help remove them from the body, therefore reducing oxidative damage. Metal chelation therapy might be able to help reduce brain deterioration in Alzheimer’s patients. However, the chelating agents must be able to pass through the BBB [34].

Nanoparticles and microparticles cross the BBB to help transport metal chelating agents and drugs across the BBB. This helps improve drug effectiveness and reduces drug toxicity [35, 36].

Additionally, there is a deficiency in insulin transport across the BBB in Alzheimer’s, which causes insulin resistance. The NVU and other factors help with insulin delivery across the BBB and improve Alzheimer’s symptoms [37].

Disruption of the tight junctions that help maintain the BBB function, as well as the altered transport of molecules between the blood and brain, is believed to contribute to the progression of the disease [38]. 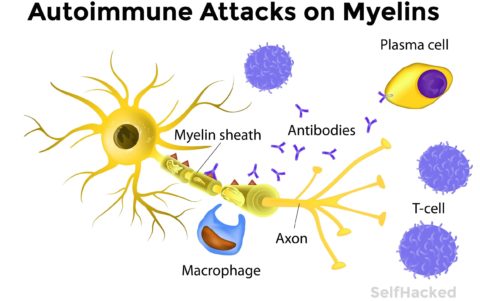 Multiple sclerosis (MS) patients have high levels of MMP9, which is believed to damage the BBB [40].

When the patients’ health worsens, the concentration of MMP9 also increases in their spinal fluid [40].

Steroid hormone treatments for MS patients, especially methylprednisolone, lead to a decrease in the concentration of MMP9 in the spinal fluid. It also strengthens the BBB by preventing leakage of things across the barrier [42].

Additionally, if there were immune cells migrating to the brain, the chance of NVUs being destroyed was higher [30].

Steroids also decrease the level of immune cells in the area. This may explain the lower concentrations of MMP9 and beneficial effects in MS patients [43].

Albumin also potentially worsens multiple sclerosis symptoms. However, it may also have some protective roles in the disease, but there are currently no human studies available to support this [44].

High albumin levels in the brain induce proinflammatory cytokine production and prevent potassium levels from being balanced. This makes nerve cells vulnerable to glutamate toxicity, which is a mechanism for MS [44].

Albumin leakage through the BBB in MS patients may lead to epileptic seizures [44].

Some researchers believe that changes in the blood-brain barrier (BBB) integrity could play a role in autism. In a study of 33 brain sections from deceased patients, researchers found increased gene production of MMP9 in the autistic patients. MMP9 secretion increases BBB permeability [46].

Moreover, in the same study, the tight junction proteins in the BBB of autistic patients’ brains were altered. There was an increase in pore-forming tight junctions and decreased levels of barrier-forming ones. Typically, this leads to higher BBB permeability [46].

Blood-brain barrier damage is associated with seizures in children with autism [47].

There are many mast cells near the BBB. Stress activates the brain mast cells, which leads to BBB disruption [47].

Blood-brain barrier disruption permits brain inflammation. The activation of brain mast cells also contributes to the onset of migraines that increase the likelihood of seizures [47].

Blood-brain barrier (BBB) dysfunction is involved in seizures and epilepsy. Some researchers argue that seizures can be both a cause and a result of disrupted BBB function [48].

Immune system dysfunction and inflammation negatively affect BBB integrity. Stress activates brain mast cells located around the BBB, which leads to BBB disruption. The activation of brain mast cells also contributes to the onset of migraine headaches that increase the likelihood of seizures [47, 48].

In many animal models, BBB disruption and albumin levels in the brain were increased after prolonged seizure activity [48].

The accumulation of albumin in the brain can cause chronic epilepsy. The uptake of albumin by nerve cells causes cell death. Albumin also increases brain inflammation, which contributes to seizures and epilepsy [48].

Possible treatments for BBB leakage during epilepsy and seizures include anti-epileptic or anticonvulsant drugs, microRNA treatments, and mTOR inhibitors. However, some people do not respond to these treatments and more studies are needed before any conclusions are reached [48].

Schizophrenia is a psychotic disorder with symptoms that include hallucinations, delusions, and other behavioral and cognitive dysfunction. Brain inflammation, oxidative stress, and genetic factors all contribute to this disease [49].

The mechanisms that cause schizophrenia may also disrupt BBB integrity. Conversely, BBB breakdown contributes to the toxic inflammatory responses that have been linked to schizophrenia [49].

Long-term inflammation may cause neurovascular dysfunction and disrupt normal brain activity. This, in turn, leads to depression or other psychiatric disorders [51].

Chemokines are a type of cytokine that attracts cells to inflammation sites. Normally, chemokines cannot cross the BBB. However, during cases of increased BBB permeability, like major depressive disorder, chemokines pass through [52].

The results of an analysis of the spinal fluid of 84 elderly female patients indicated high BBB permeability in depressive patients. Fourteen women with depression had higher albumin levels compared to those without depression [54].

Stay Away From Anything That Causes Inflammation!

Some people have genes that make them more likely to experience inflammation. Check out SelfDecode’s Inflammation DNA Wellness Report for genetic-based diet, lifestyle, and supplement tips that can help reduce inflammation levels. The recommendations are personalized based on YOUR DNA.