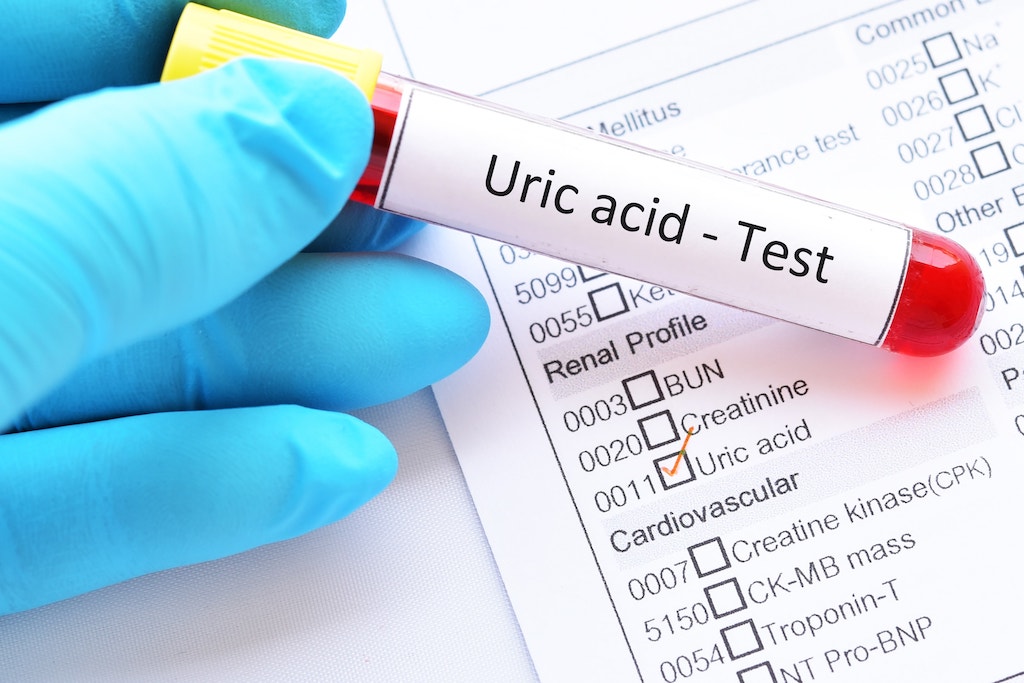 Low Levels of Uric Acid and Diseases Associated with It

It is not considered to be a medical condition but may signal certain health problems.

The link between uric acid levels and neurological and nerve diseases is still unclear.

Some small studies have suggested a link between low uric acid and certain brain diseases, but large-scale studies haven’t confirmed this connection.

For example, lower blood values have been associated with the following disorders in limited studies:

However, these studies dealt with associations only, which means that a cause-and-effect relationship hasn’t been established.

Nonetheless, it has been proposed that higher blood uric acid levels may be neuroprotective.

In a large population-based cohort study, a negative relationship was observed between gout and Parkinson’s disease in patients aged 65 and above. A similar trend has been shown between uric levels and Huntington’s disease, suggesting that uric acid may play a role in preventing neurodegeneration [5, 6].

In one study, uric acid levels were lower in patients with optic neuritis, an inflammatory demyelinating disease of the optic nerve that is often the first symptom of Multiple Sclerosis. These findings have not been replicated [7].

Causes shown here are commonly associated with this low blood uric acid levels. Work with your doctor or other health care professional for an accurate diagnosis.

Wilson’s disease is a disease in which copper accumulates in tissues of vital organs like the brain and liver. It can lead to decreased blood uric acid levels because of associated kidney problems (i.e., Fanconi syndrome) that increase urinary uric acid excretion [8].

Hypouricemia can be found in 1% of hospitalized patients. In most cases, the cause is related to drugs like salicylates, allopurinol, x-ray contrast agents, and glyceryl guaiacolate [1].

Also, forced diuresis (increased in urination) used mainly in the treatment of renal colics (abdominal pain from kidney stones) in suicide-attempt patients may result in hypouricemia [1].

Inadequate dietary zinc intake may lower uric acid levels, according to an old study on women [10].

According to a recent Korean study, genetic mutations in these two transporters can be responsible for idiopathic hypouricemia, which is when there is no other cause of low uric acid levels [12].

The gene SLC2A9 encodes a protein that helps transport uric acid in the kidney. Variants of this gene have associations with blood uric acid [13].

Animal studies suggest that estrogen suppresses the production of the protein that eliminates urate in the kidney (proximal tubule epithelial cell organic anion transporter), while androgens stimulate it. Scientists hypothesize that this may explain lower serum urate levels in postmenopausal women as opposed to men, but larger studies are needed [14].

When to See a Doctor

It’s important to speak with your doctor if your uric acid levels are low. Your doctor should diagnose and treat any underlying conditions causing your abnormal levels.

Therefore, all dietary and lifestyle interventions should be based on the cause of your abnormal uric acid levels and your overall health.

With this in mind, you may try the complementary approaches listed below if you and your doctor determine that they could be appropriate. Remember that none of them should ever be done in place of what your doctor recommends or prescribes.

Zinc may normalize uric acid levels in people with Wilson’s disease who are deficient [17].

However, inosine supplements have not been approved by the FDA for medical use. Supplements generally lack solid clinical research. Regulations set manufacturing standards for them but don’t guarantee that they’re safe or effective. Speak with your doctor before supplementing.

On the one hand, alcoholic drinks (especially beer) increase uric acid levels and worsen symptoms in people with gout. But since alcohol can have wide-ranking harmful health consequences, doctors will recommend restricting or completely avoiding alcohol in the case of many diseases, including those linked with low uric acid levels [21].

For example, people with Wilson’s disease who have high copper and low uric acid levels are advised to avoid alcohol. This is because alcohol can damage the liver, which is already vulnerable due to excess copper in the body [22].

Uric acid levels rise after strenuous exercise, potentially a result of purine nucleotide degradation during conditions of high energy usage. Intense exercise is not recommended to most people, since it puts too much stress on the body. Regular, moderate exercise supports overall health [23].

No clinical evidence supports the antioxidant effects of uric acid. Below is a summary of the existing animal and cell-based research, which should guide further investigational efforts. However, the studies listed below should not be interpreted as supportive of any health benefit.

Scientists believe that uric acid can be both pro- and antioxidant, depending on the circumstances.

They are researching if uric acid affects the following antioxidant pathways in cells and animals:

None of these mechanisms have been explored in humans.