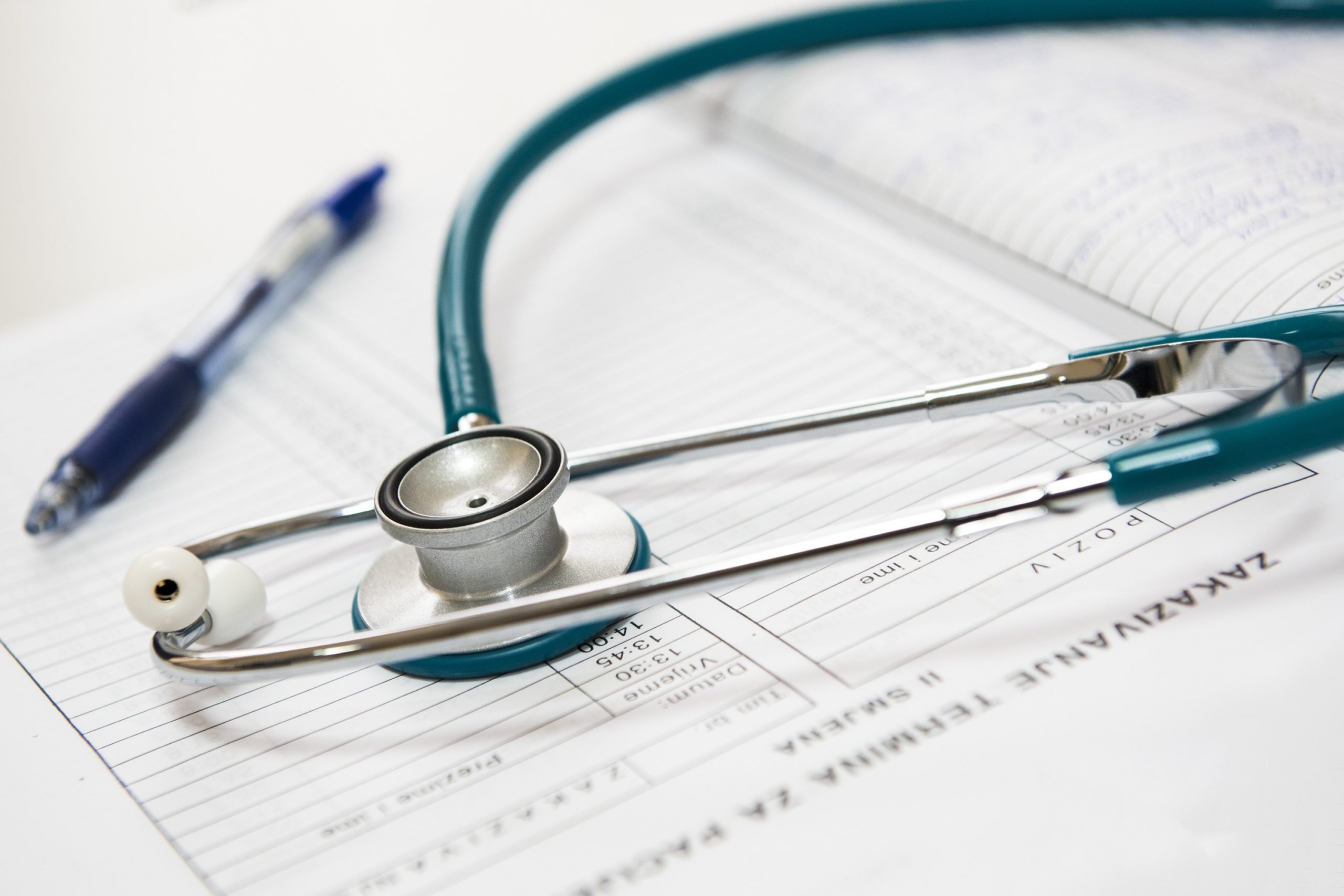 Basophils are most often only considered as defenders against parasitic infections. Yet, scientists think their role in the body is much more extensive. Basophils play a role in allergic reactions, inflammation, and autoimmune diseases. Read on to learn more about them.

Basophils are a type of white blood cells. They protect the body and help it to get rid of bacteria and parasites. Abnormal basophil levels have been implicated in allergies, asthma, and autoimmune diseases [1, 2].

The innate immune system (or inborn immunity system) contains a set of mechanisms that allow the body to defend itself against harmful substances.

Basophils are a part of the innate immune system as they can quickly react to foreign organisms and substances. They become activated when they come into contact with foreign molecules, IgE, or some specific signals from other cells [3, 4, 5].

Most of the functions of basophils depend on the release of heparin and histamine at the site of inflammation. They store them in special structures called granules. When basophils become activated, they release their granules [6].

Histamine expands blood vessels and increases blood flow. Heparin is a well-known anti-clotting agent. It also helps to maintain proper blood flow by balancing clotting processes. This allows all necessary cells and substances to get to the site of inflammation from the bloodstream [7, 8].

Activated basophils are also the source of the cytokines IL-3 and IL-4. Scientists suspect that these molecules enhance the activity of both basophils themselves and other immune cells, potentially shifting the Th1 / Th2 balance towards Th2 [6, 9, 10].

But remember that a single test isn’t enough to make a diagnosis. Your doctor will interpret this test, taking into account your medical history and other tests. A result that is slightly low/high may not be of medical significance, as this test often varies from day to day and from person to person.

During the test, a specific allergen is added to whole blood, where it can activate basophils. Activated basophils have specific molecules on the membrane (CD63 or CD203c), which help to recognize them. However, there are some medications (such as omalizumab) that may interfere with the result of the test [12, 13, 14, 15].

An elevated level of basophils (above 0.20 x 109/L) is called basophilia. It is associated with the development of autoimmune inflammation or allergy [1].

Additionally, in a study of 47 chronic myeloid leukemia patients, a high basophil count was associated with a worse prognosis [16].

Causes shown here are commonly associated with high levels of basophils. Work with your doctor or other health care professional for an accurate diagnosis.

Myeloproliferative disorders cause too many white blood cells, red blood cells, or platelets to be produced in the bone marrow. Rarely, they can progress to leukemia.

Leukemia is a type of bone marrow cancer that produces blood cells. It results in high numbers of abnormal white blood cells, including basophils. Basophilia is an important marker of leukemia [18, 19, 20].

Allergies most often involve inflammation, which is caused by activated basophils. When reacting with an allergen, basophils become activated, release their granules, and cause allergy symptoms [1].

Ulcerative colitis and Crohn’s disease are different inflammatory disorders, but they share some similar traits.

While Ulcerative colitis has an allergic nature, Crohn’s disease is an autoimmune disorder. However, both of them involve inflammation, which increases basophil count [21].

Asthma is a serious inflammatory and allergic disease. It starts with elevated reactivity to common inhaled allergens. This disease is known for its “attacks” that cause shortness of breath and coughing [24].

Basophils are thought to play a large role in the development of asthma, but their level in the blood is usually within normal limits.

Importantly, patients with allergic asthma are sensitive to the level of basophils, and studies suggest that an increase indicates an impending attack [25, 26].

Bacterial, viral, and parasite infections can increase basophils. Parasites in the human body produce a lot of substances that can provoke the immune system. Basophils play a crucial role in this type of immune response. They also help the body to react faster in the future to similar infections [27, 28, 29].

A low level of basophils is known as basopenia. Basopenia itself is not dangerous to your health, but it can be associated with some diseases [30, 1, 31].

Basophils can go from the blood to the sites of inflammation. This migration reduces their number in the blood [32, 30].

When basophils release their granules, they are no longer active. These “empty” cells are not included in the basophil count during calculation [14, 32].

In such cases, low levels of basophils can serve as an additional argument to doctors while making a diagnosis [33].

Causes shown here are commonly associated with low levels of basophils. Work with your doctor or other health care professional for an accurate diagnosis.

Low basophil levels can occur in people with hyperthyroidism or undergoing treatment with thyroid hormones [17].

Urticaria (or hives) is a kind of skin rash with red and raised bumps, called wheals. They are also very itchy.

This condition is usually caused by an infection or an allergic reaction [34].

Wheals are caused by active molecules, released by basophils and mast cells. Basophils migrate from the blood to urticarial wheals during disease activity, thus causing basopenia [35, 36, 32].

Lupus (systemic lupus erythematosus) is an autoimmune disease, during which the immune system attacks healthy tissues. It causes inflammation in various parts of the body (such as joints, skin, heart, and brain) [37].

The inflammatory process in lupus forces basophil accumulation in secondary lymphatic organs, such as lymph nodes, tonsils, and spleen, thus lowering basophil levels in the blood [31, 38].

Corticosteroids decrease both the activity of basophils and their number. If you take prescription corticosteroids, your basophil level may be lowered. Talk to your doctor about any concerns you may have [39, 40].

One study of 709 participants associated anxious depression with decreased basophil levels. The authors postulated a link between inflammation and depression, though no cause-and-effect conclusions can be drawn. Differently-designed studies are needed [41].

Smoking activates basophils and decreases the level of intact basophils. Therefore, smoking may theoretically lead to basopenia. However, studies have had mixed results. One human study with 498 participants found basophilia in smokers [42, 43, 44].

Most importantly, work with your doctor to treat any underlying conditions causing your high or low basophil levels.

Basophils are just one immune cell type, whereas your doctor should aim to improve your immune and general health as a whole.

Do not make any major changes to your lifestyle or supplements regimen before consulting a doctor.

You may try the additional strategies listed below if you and your doctor determine that they could be appropriate. None of these strategies should ever be done in place of what your doctor recommends or prescribes.

The following complementary approaches are only supported by limited, low-quality clinical studies. There is insufficient evidence to support their use in people with high basophils. Remember to speak with a doctor before making major lifestyle choices or taking any supplements.

In a human study with 44 participants, crocin tablets (20 mg) decreased basophil count by almost 15%. Though crocin is a compound of saffron, saffron itself is quite ineffective during long-term use. Large-scale clinical studies are needed [45, 46].

Also, in a human study with 20 participants, Polygoni Cuspidatum Extract had anti-inflammatory properties. In mice, it inhibited the SYK signal pathway, present in both mast cells and basophils. This decreased histamine release and allergic cytokine production [47, 48].

Additionally, some human and animal studies suggested that tiny particles and various substances in the polluted air increase basophil activity [49, 50, 51].

Chronic stress negatively affects the body in many ways. It increases cortisol and norepinephrine levels, which has negative consequences for the immune system. Scientists think cortisol promotes the Th2 immune system and that norepinephrine elevates basophil activity [52, 53, 54, 55, 56].

Limited evidence suggests that exposure to antibiotics in early life is associated with higher asthma risks. There is speculation that this is connected to improper basophil responses. However, this connection may be indirect or inconsistent and it remains unproven [57, 58, 1].

Basophil levels are, in part, influenced by genes. SelfDecode can help you understand your genes.

The SNP rs4328821 in the GATA2 gene may affect basophil count directly. The protein encoded in this gene is involved in the development of blood cells. Each “A” variant has been associated with increased basophil and eosinophil count [59].

Some SNPs have been linked to an increased IgE level. Since IgE plays a role in basophil activity, an increase of the IgE level may, theoretically, result in heightened basophil reactivity.

FSH: Function, Tests, High & Low Levels + How to Normalize It