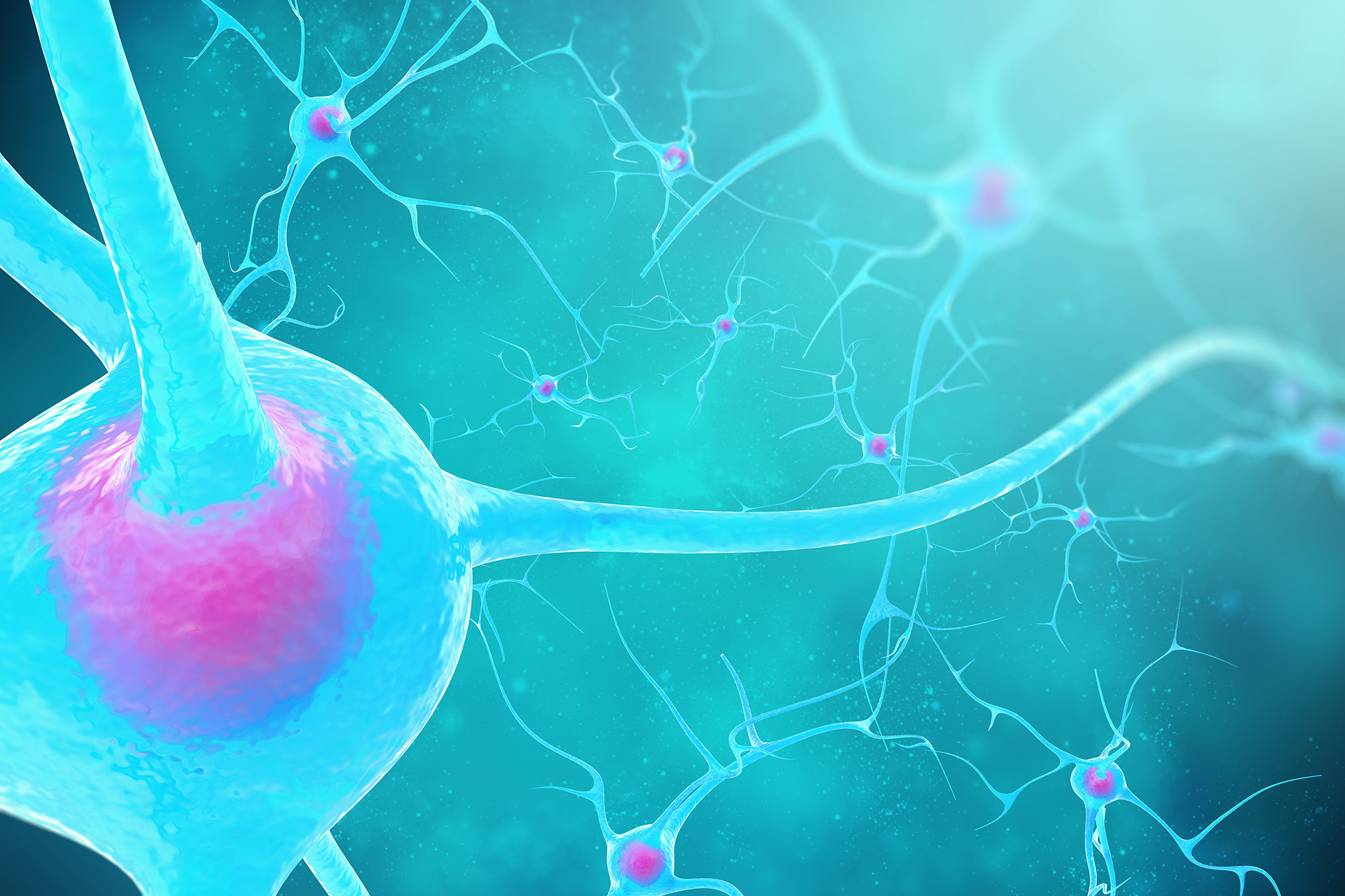 The Organic Acid Test (OAT) has gained popularity among many functional and alternative health experts in recent years. However, is this popularity justified when it comes to testing neurotransmitter metabolites? Read on to find out.

What is the Organic Acid Test (OAT)?

The Organic Acid Test, popularly known as OAT, measures the levels of organic compounds in urine that are produced in the body as a part of many vital biochemical pathways. It’s used to check for RARE inborn genetic defects of metabolism, most often in newborns.

However, OAT has been increasingly available as a pricy, direct-to-consumer test recommended by many alternative practitioners. In this article, we will break down the science behind testing neurotransmitter metabolites, which are found in the OAT, weighing in on whether they’re worth testing.

The catecholamines – norepinephrine (noradrenaline), epinephrine (adrenaline), and dopamine – are released when the body is under physical or emotional stress. Their metabolites, vanillylmandelic acid (VMA) and homovanillic acid (HVA), also increase as a result.

Certain drugs (L-dopa, dopamine, epinephrine, and norepinephrine) that can be metabolized to HVA and VMA, may falsely elevate their levels in urine.

Proponents of OAT state that HVA and VMA can be elevated due to stress, from lead toxicity, due to the intake of L-DOPA, dopamine, phenylalanine, or tyrosine, or due to Clostridia metabolites. Elevated HVA/VMA is supposedly commonly caused by the by-products of the Clostridia bacteria.

VMA is the end product of the breakdown of ‘fight-or-flight’ hormones norepinephrine and epinephrine, also known as noradrenaline and adrenaline.

Adrenalin and noradrenalin are produced in the adrenal gland and released into the bloodstream. Their main role is to prepare the body for physical stress – they make the heart beat faster, increase blood pressure, expand the lungs, and increase energy supply by mobilizing energy stores in liver and fat cells [1].

Studies have found that VMA levels increase in response to severe stress and anxiety [2, 3]. However, they increase only slightly.

Significant elevations in VMA levels are found in tumors, such as pheochromocytoma, a tumor of the adrenal gland or neuroblastoma, a nerve tissue cancer that occurs mainly in children [4, 5]. This particular test is, in fact, often used by doctors to detect those kinds of tumors.

Vanillylmandelic acid (VMA) is a breakdown product of adrenaline and noradrenaline. It’s measured to detect tumors of the adrenal gland.

Homovanillic acid (HVA) is the breakdown product of the ‘feel-good’ brain chemical dopamine.

Dopamine is most famous for controlling reward-motivated behavior. But it also has many other important roles in humans – it’s involved in movement, memory, attention, learning, sleep, and mood [6, 7, 8].

Abnormal dopamine levels in the brain have been associated with Parkinson’s disease, schizophrenia, and ADHD [9].

Dopamine is produced in the brain, but large amounts are also made in the adrenal glands, especially in response to stress. That is why the urine levels of HVA don’t reflect the brain (cerebrospinal) dopamine levels [10].

Studies have found that the following may increase blood and urine HVA:

Note that most of the studies above are small and of limited value/quality.

Studies have also found an association between low HVA values and:

Using this test to diagnose genetic disorders in infants and to screen for specific tumors, are the only scientifically supported, approved uses to date.

Homovanillic acid (HVA) is a breakdown product of dopamine. Dopamine is produced in the brain, but large amounts are also made in the adrenal glands. Urine levels don’t reflect brain levels. HVA is measured to detect rare genetic disorders or tumors of the adrenal gland.

An elevated ratio indicates a decreased conversion of dopamine to norepinephrine by the enzyme dopamine beta-hydroxylase (DBH), which is a copper-dependent enzyme. This can happen in:

Some studies also suggest that issues with this enzyme may happen in:

However, these associations require further confirmation.

HVA/VMA ratio may be used to check for genetic disorders or tumors in the adrenal glands.

Tryptophan is an essential amino acid that can be metabolized through different pathways.

Another important pathway is the one through which tryptophan (<5%) is converted into serotonin, which is further metabolized to melatonin and 5-hydroxyindoleacetic acid (5-HIAA) [37, 38].

Quinolinic acid is a product of the breakdown of the amino acid tryptophan via the kynurenine pathway.

Studies have found that quinolinic acid impairs learning and memory in animals [41, 42, 43].

However, urine levels of quinolinic acid are not a reflection of the levels in the brain [44].

Proponents of OAT state that quinolinic acid may increase due to inflammation from microbial infections, central nervous system degeneration, excessive tryptophan supplementation, and exposure to phthalates. However, clinical evidence for this is lacking.

Studies suggest that elevated levels of quinolinic acid in blood or urine can be caused by:

However, as mentioned already, measuring quinolinic acid is for all intents and purposes useless when it comes to finding out what’s going on in the brain.

We compiled a list of foods and supplements that have been shown to attenuate some of the negative effects of quinolinic acid on the brain, based on studies in animals and cells:

But remember, what works in animals and cells in the laboratory, doesn’t necessarily work in humans. And again, you can’t tell whether your brain quinolinic acid is elevated using a urine test.

Measuring quinolinic acid in the urine likely has little to no clinical value.

Studies have found that kynurenic acid (KYNA) acts as a neuroprotectant and anticonvulsant. It acts in the opposite direction to quinolinic acid [73].

Furthermore, research suggests that kynurenic acid may have a systemic anti-inflammatory effect by:

However, high levels in the brain can impair cognitive function and have been associated with schizophrenia [34, 78, 79].

Kynurenic acid can be found in:

OAT proponents state that kynurenic acid increases with tryptophan supplements and the presence of chronic infections.

Elevated blood and urine levels may be caused by:

Studies suggest that lower levels in the blood and probably urine are found in people with:

Future studies are needed to check if the association between lower KYNA and the disorders listed above has any clinical significance.

Currently, measuring kynurenic acid in the urine has no clinical value, except to help diagnose an extremely rare genetic condition called hydroxykynureninuria.

5-hydroxyindoleacetic acid (5-HIAA) is a metabolite of serotonin. Levels in urine are used as a marker to determine the levels of serotonin in the body.

Low 5-HIAA in the cerebrospinal fluid has been associated with aggressive behavior and suicide by violent means, correlating with reduced serotonin levels [98, 99].

Elevated serotonin (hyperserotonemia) is one of the most consistent findings in autism [117, 118].

Urine 5-HIAA levels were found to be lower in people with migraines and higher in those with anxiety [120, 3].

Proponents of OAT state that low values may indicate inadequate production of the neurotransmitter, serotonin.

This test is mainly used to check for carcinoid tumors, slow-growing tumors that usually appear in several spots in the body, including the gut and lungs [122].

It’s uncertain if measuring 5-HIAA has any value beyond helping to diagnose carcinoid tumors.

Proponents of OAT suggest that a high ratio may indicate:

You can usually tell if you have inflammation or infection by doing common, routine, and inexpensive blood tests, such as WBC and hs-CRP. You can also directly measure cortisol if necessary.

The value of measuring Quinolinic acid/5-HIAA ratio is unknown.

Testing neurotransmitter metabolites in urine can’t tell you what’s going on in the brain. Doctors test these metabolites in specific cases to diagnose tumors (of the adrenal gland or carcinoid tumors) or to check for rare genetic disorders.

Apart from that, these metabolites respond to certain diets and may be affected by underlying issues such as inflammation. However, testing them has no clear use or benefit.

To find out which parts of the OAT test can be useful, and which are nonsense, we delve into the science and look into each of the marker types in isolation: