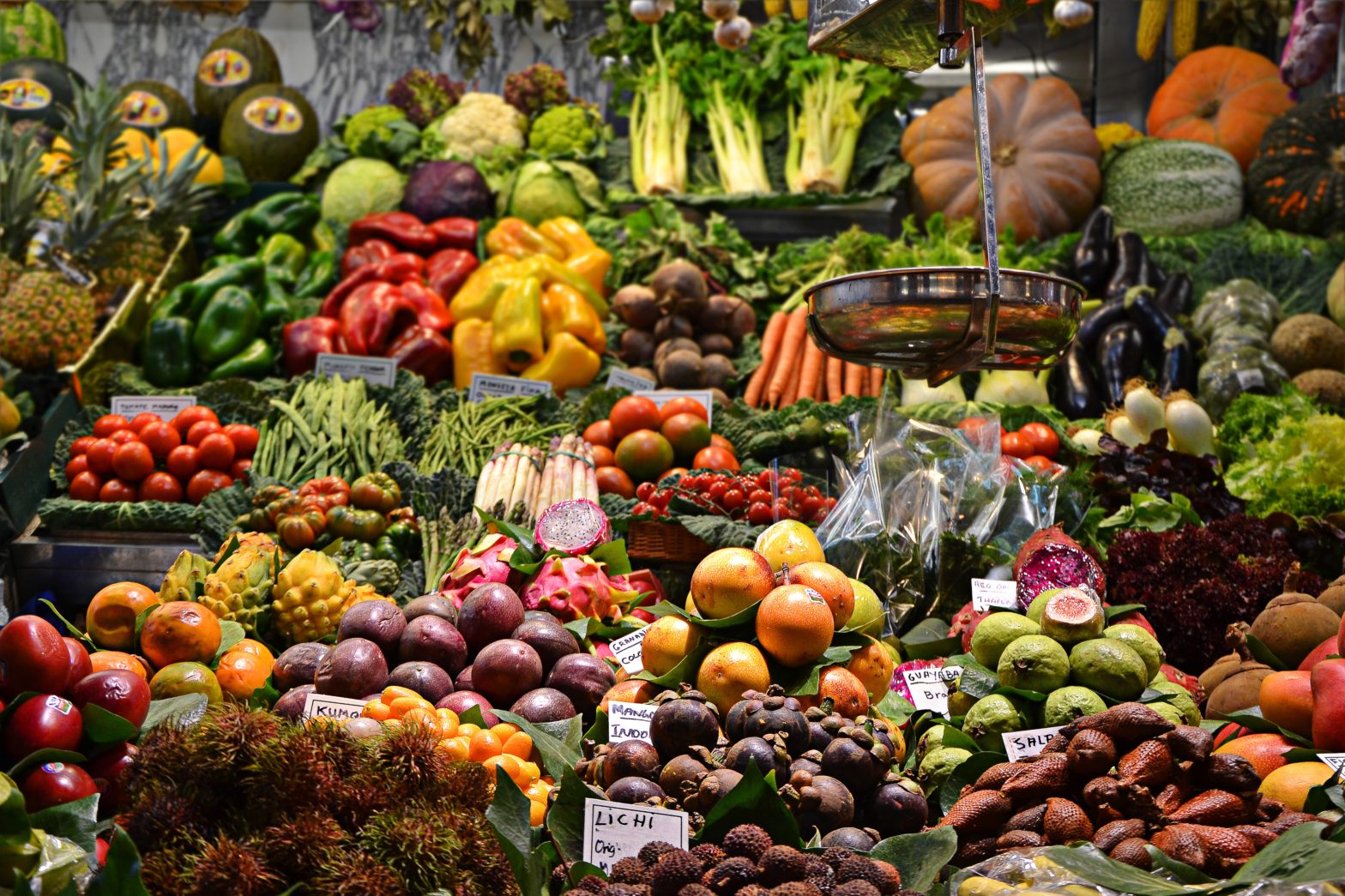 Normal IgA levels protect the body against infections, allergies, and autoimmunity. Low levels usually point to a weakened immune system. Read on to learn about the factors that may balance the immune response by increasing IgA levels.

IgA levels are a marker of immune health. Low or high levels don’t necessarily indicate a problem if there are no symptoms or if your doctor tells you not to worry about it.

Improving your IgA levels won’t necessarily directly cause any kind of improvement in immune balance, but it can be used as a biomarker for your immune health.

The following are a list of complementary approaches to improve immune health and that have also been found to improve IgA levels.

Though studies suggest various dietary and lifestyle factors may increase IgA levels, additional large-scale studies are needed. Remember to talk to your doctor before making any major changes to your day-to-day routine.

Supplements that May Improve Immune Health (as Measured by IgA)

In a study (DB-RCT) with 47 people, a three-week daily intake of the probiotic L. reuteri increased IgA levels [1].

In 30 athletes, IgA substantially decreased after training in the placebo group, but not in athletes who took L. helveticus (DB-RCT) [2].

In a study of 98 newborns, B. bifidum increased IgA levels in low birth weight infants [7].

In a study of 413 infants, those who took formula enriched with B. lactis had higher IgA levels that were similar to the levels seen in breastfed infants [8].

Probiotics like L. reuteri, L. helveticus, and L. casei may increase IgA levels, though more research about the effects of different probiotic strains is needed.

Prebiotics are food for good bacteria. They improve our gut microbiome.

In a study (DB-RCT) with 187 infants, those who were exclusively fed formula and given prebiotics had higher IgA levels than infants who received a placebo [19].

A prebiotic taken during pregnancy increased IgA levels in maternal milk in mice [24].

A meta-analysis of 13 studies and 1,034 patients concluded that glutamine increased IgA and decreased infectious complications in gut cancer patients [25].

Glutamine increased nasal but not salivary IgA during high-intensity interval training in 13 runners [26].

Glutamine supplementation increased IgA production in the gut of mice and rats [27, 28].

According to some researchers, glutamine and chlorella supplements may increase IgA.

However, at its higher dosage, it also blocked IgA release [34].

Dietary Factors that May Improve Immune Health (as Measured by IgA)

Intermittently fasted mice have higher IgA levels and are more resistant to infections [36].

Vitamin A is needed for the transport and release of secretory IgA across the mucosa [37].

Vitamin A-deficient rats and mice have decreased levels of total IgA in the gut, but their blood IgA levels are normal [38].

Breast milk of women supplemented with vitamin A had higher levels of IgA [39].

In 24 volunteers, IgA production increased in those who ate white button mushrooms [40].

Lifestyle Changes that May Improve Immune Health (as Measured by IgA)

Acute stress (lasting a few minutes to a few hours) tends to stimulate the immune response [43].

Contrarily, chronic stress, over a period of several days, weeks or months, decreases the immune response [43].

Chronic stress was associated with lower IgA in middle-aged and elderly subjects [45].

Perceived stress was associated with lower IgA in dental students [46].

In mothers, breast milk IgA was lower in those who experienced more anxiety, depression, anger, fatigue, and confusion [47].

In toddlers attending center or family childcare at home, children with a lower quality of childcare had lower IgA levels [48].

Studies on rodents under stress have also reported a decrease in intestinal IgA [49, 50].

Managing stress can help reverse the decrease in IgA. A study in 32 women showed that viewing unpleasant pictures decreased IgA levels. However, a reinterpretation of the situation (cognitive reappraisal) reversed the decrease of IgA [52].

In 24 volunteers, 20 minutes of relaxation significantly increased IgA production. Additionally, those who had practiced relaxation once a day for three weeks had larger increases in IgA levels than those practicing for the first time [53].

In 14 breast cancer patients, IgA was higher after surgery in those who participated in a relaxation method called autogenic training [55].

Reducing chronic stress and practicing relaxation techniques is not only good for your overall health, but studies suggest it may also increase IgA levels.

People who use humor as a coping skill have higher baseline IgA levels [57].

Similarly, a funny presentation increased IgA levels in 21 fifth-graders compared to 18 of their classmates who watched an educational presentation [60].

Stressful events decrease IgA levels. Among 40 subjects, those with a sense of humor were less likely to have IgA reduced by stress [61].

Similarly, in a group of 66 college students, those exposed to background music for 30 minutes had increased IgA levels [63].

Another study also showed that college students listening to music had increased IgA [64].

Participating in music may have an even greater effect.

Out of 33 subjects, those who actively sang or played percussions had greater increases in IgA levels than people who only listened to music [65].

Another study showed that singing in the choir increases IgA [66].

Some researchers suggest that having a good sense of humor and enjoying music may increase IgA levels.

IgA levels increase in response to short-term or moderate exercise. This can help reduce the risk of respiratory infections [67].

IgA levels change depending on the intensity and duration of exercise, as well as the type of physical activity. Prolonged exercise decreases, while short-term and moderate exercise increases, IgA levels [73, 74, 75, 76, 68].

Another study found that IgA also decreased in 64 ultra-marathon racers and 43 participants of an open water swimming race [78].

Some drugs can block REM sleep and may decrease IgA levels. These include antidepressants and sympathomimetics (drugs that mimic the action of adrenalin and dopamine and activate the sympathetic nervous system) [84, 85].

Salivary IgA increases during sleep. In mice with disrupted circadian rhythms, salivary IgA failed to increase during sleep. It was shown that the increase in IgA was dependent on the sympathetic nervous system (fight-or-flight) activation, which is associated with REM sleep [86, 87].

A couple of studies indicated that smoking tobacco and cigarettes can decrease IgA levels.

However, some studies showed no differences in IgA levels in smokers [90].

Smoking not only harms your general health, but it may also lower IgA levels. Stop smoking and avoid second-hand exposure.

In a study of 7 women, exposure to bright light during the day increased IgA levels compared to when they were exposed to dim light [91].

Among 112 college students, those who had frequent sex had the highest IgA levels. The relationship between sexual activity and IgA levels had a reverse ‘U’ shape, with both those having very frequent and infrequent sex having lower IgA levels [92].

These results are conflicting with others that show decreased IgA with sexual activity in women [93, 94].

Infants receive IgA via breast milk. Then IgA production in the gut is gradually stimulated by developing gut microbiota [95].

Thermal water comes from hot springs. It rises from deep underground and absorbs beneficial minerals on the way to the surface.

In 100 children with respiratory infections, those who inhaled sulfurous thermal water had higher blood IgA and better infection outcomes [98].

Acupuncture prevented the decrease in the salivary IgA due to intensive exercise in 12 men [100].

In small studies, thermal water inhalation and acupuncture helped maintain normal IgA levels. Additional studies should confirm these findings before we can draw any conclusions about their effectiveness.

In 86 women, those with higher estradiol (main estrogen) had higher IgA levels [101].

Talk to your doctor about additional lab tests you may need if your IgA is low.

Low IgA signals weakened immunity. Studies suggest that certain lifestyle and dietary changes may improve the immune response (and increase IgA levels). Though more research is needed, promising results were seen with probiotics, prebiotics, glutamine, vitamin A, and fasting. Studies suggest that taking up a relaxation technique, avoiding chronic stress, getting enough sleep and moderate exercise, quitting cigarettes, and having a good sense of humor may also strengthen the immune response and increase IgA.